The 2019-20 had a sour ending as the coronavirus pandemic canceled the NCAA Tournament. For now, we'll have to look ahead to 2021 to look at the deatils as to when we'll see the next edition of March Madness.

The all-important Selection Sunday will take place on March 14th, 2021. That means the NCAA Division I Men’s Basketball Tournament will officially get underway just a few days later. Let's take a brief look at what the calendar looks like for the 2021 NCAA Tournament to get a better idea of the dates.

The tournament begins with the First Four in Dayton, Ohio, on Tuesday, March 16, and Wednesday, March 17. Two games will be played on each night, one between a pair of No. 16 seeds, with the winner facing a No. 1 seed two days later in the round of 64. The other games will be games between “bubble teams” which barely made the field of 68 as at-large teams. Those bubble teams have No. 11 or No. 12 seeds.

After the First Four ends, the Round of 64 begins with large-scale action on Thursday, March 18, and Friday, March 19. The Round of 32 unfolds on Saturday, March 20, and Sunday, March 21. The locations for those games will be in Providence, Rhode Island; Boise, Idaho; Detroit, Michigan; Dallas, Texas; Wichita, Kansas; Lexington, Kentucky; Raleigh, North Carolina; San Jose, California.

The survivors advance to the 2021 Final Four in Indianapolis. The national semifinals will be on Saturday, April 3. The national championship game will be Monday, April 5 in the Lucas Oil Stadium.

See our guide on March Madness

Now that you have the calendar for what’s ahead, let’s consider some futures bets and some college basketball lines.

The 2021 March Madness futures have opened up and while it's still early in the offseason, the Virginia Cavaliers have been posted as the +900 favorite. It was actually the Gonzaga Bulldogs who opened up as the favorites at +900 but they've since shifted back to +1000. Virginia has gone in the opposite direction, opening up at +1000 but shifting down to +900. These are all quite minor changes and with the Kansas Jayhawks (+1000) and Michigan State Spartans (+1000) right there too, it really shows that there are four teams who are all basically posted as the favorites for the 2021 NCAA Tournament.

The Virginia Cavaliers will be one of the top programs in the country next season as the team enters the year as the favorite to win the ACC. They've got the No. 12 recruiting class coming, including four-star win Jabari Abdur-Rahim as well as point guard Reece Beekman. This is a team that always plays strong defense and is disciplined, and deserves to be the favorite right now.

Gonzaga deserves to be in the favorite's conversation too as they are coming off a phenomenal season. They lost Rui Hachimura and Brandon Clarke last season and were supposed to lose a step. Instead, they still won 30 games and probably would have been a No. 1 seed. Guys like Filip Petrusev and Corey Kispert will lead the way for the 2020-21 team.

Michigan State is among the favorites at +1000 but they have some work to do – especially in replacing star point guard Cassius Winston. However, do you really doubt the Spartans can reload? A pair of four-star recruits in Mady Sissoko and A.J. Hoggard will be big parts of the team's success next season.

Keep an eye on the Kansas Jayhawks throughout the offseason. They're currently at +1000 but that could change a lot based on who returns. Udoka Azibuike is gone and Devon Dotson likely too. However, if Dotson somehow returns or even if he doesn't, the Jayhawks have a phenomenal coach in Bill Self. While most power rankings have team lower, the oddsmakers seem to think they have an excellent change to win it all in 2021.

Let’s dive right into an example of what happens here:

Arkansas is favored by five points over Texas A&M. However, nine minutes into the game, Texas A&M takes a 12-point lead. This means that for Arkansas to cover the five-point spread, the Razorbacks need to make up not just the 12-point deficit, but six more points. Arkansas needs to swing the game 18 points in its favor if it is going to cover.

If you bet on Arkansas to win by more than the five-point spread, you might realize that you are going to lose the original bet you made before the game. Live betting gives you the chance to make an in-game bet to reduce or eliminate the amount of money you lost on your original bet. This isn’t necessarily a bet on Texas A&M. You might get an adjusted in-game line with Texas A&M being a 1-point favorite. You might bet on Arkansas to cover that one-point line in favor of A&M. In that case, Arkansas has to swing 14 points from the 12-point deficit, not 18. You still think Arkansas will win the game outright, but Arkansas just has to win by one point, not by six, to cover.

You can get similar action not just on half-specific bets or adjusted college basketball spreads, but also on adjusted totals, referring to the amount of points which will be scored by one team or both teams in a game. You can bet on whether teams will go over or under those numerical totals, hence the term “over-under bet.”

You can also place a moneyline bet, referring to the outright winner of a game, not to specific college basketball point spreads. You can also bet on player stats – which player will have the most rebounds, points, etc., or over-under totals on player points and other stats.

College basketball can be a wildly unpredictable sport. That’s what makes it so much fun as there’s madness during the NCAA Tournament. If it was predictable, they surely wouldn’t use a word like that to describe it.

However, if you follow just a few tips, you can help improve your chances of winning. Here’s what we recommend:

THE DIFFERENCE BETWEEN LAS VEGAS NCAA LINES AND OTHER NCAAB LINES

This is a lot less complicated than it sounds: sports betting sites get their own betting action. The money coming in on bets at one sportsbook will be different from the money coming in on bets at another sportsbook. The NCAA basketball betting lines move (or don’t move) based on the individual sportsbook’s action, not based on what happens at other books. You want to make sure you shop around from book to book to get the best line to increase your chances of winning. That’s very hard to do with Las Vegas CBB lines but quite easy to do if you’re betting online.

NCAA BASKETBALL TEAMS TO WATCH IN THE 2021 NCAA TOURNAMENT

As we enter the offseason, these are the top four favorites for the 2021 NCAA Tournament, according to BetOnline.

First-year coaches with teams which will be in the 2021 NCAA Tournament include Juwan Howard of Michigan, who replaced the immensely successful John Beilein but never got a chance to lead the Wolverines in the NCAA Tournament last season. There is a chance that Cincinnati could make the tournament, in which case second-year coach John Brannen would make the Big Dance.

March Madness is always a betting magnet. Last year, Forbes Magazine said nearly 47 million Americans will bet a projected estimate of $8.5 billion on the Big Dance. Slightly more than half of that projected total is expected to come from bracket pools, slightly less than half on individual NCAA Tournament games, of which there are 67.

The dates for the 2021 NCAA Tournament were mentioned above, but here are the locations for the various stages of the tournament:

What is the moneyline in college basketball?

The moneyline is a type of bet that allows you to bet on the outright winner of the game. For example, if you bet Duke on the moneyline and they win the game – by 1 or by 50 – then you win your bet.

What is the line on NCAA basketball?

The line refers to the point spread, which is a margin of victory. For example, if Duke is favored by 2.5, they have to win by three or more for you to cover the spread. The opponent can lose by two, one or win, and they would cover.

What is the point spread for NCAA basketball?

The point spread is a margin of victory. If North Carolina is favored by 1.5, they have to win by two or more to cover. On the other hand, their opponent could lose the game by one or win the game and they would cover.

What is the NCAA basketball?

How many regular-season games are there in the NCAA season?

Either 29 (for most teams), or 27 plus a maximum of four games in an early-season neutral-site tournament (meaning 31 for teams which win those four-game tournaments). Remember, this applies to all games BEFORE, not including, the conference tournament.

What is the NET rating in NCAA basketball?

The NET rating is the main formula used to help the NCAA Division I Men’s Basketball Committee select and seed the 68 teams for the NCAA Tournament. The NET’s main feature is that it responds to and recognizes margin of victory. Losing by 25 or 3 points will significantly affect NET rankings. The formula called the RPI (ratings percentage index) used to be the main baseline formula or standard used by the committee. The NET has replaced the RPI, effective last year. This is the second year with the NET rankings. You can find them at the NCAA.com website. 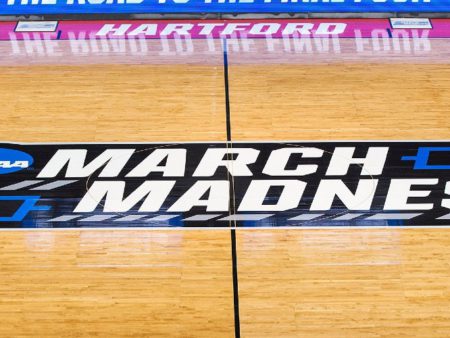 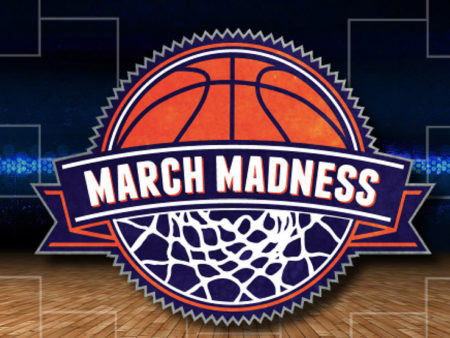 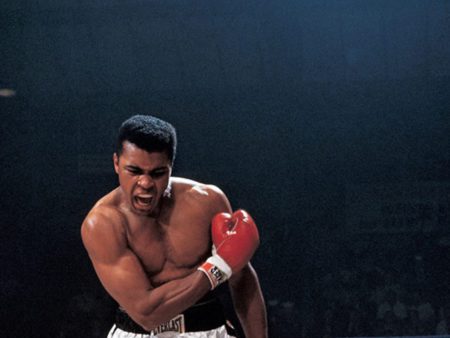 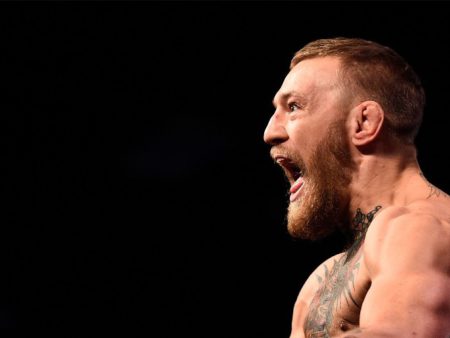 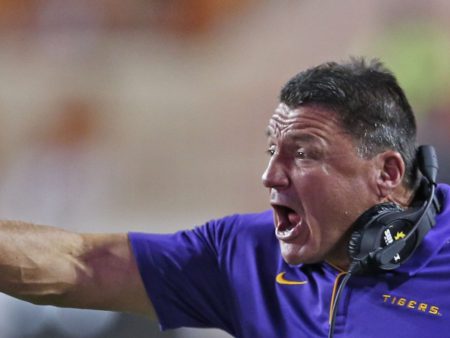 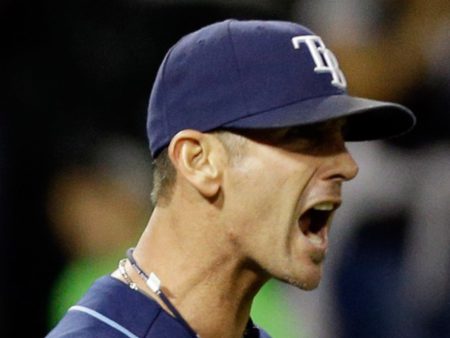