The Most Common Sports Betting Mistakes We Make 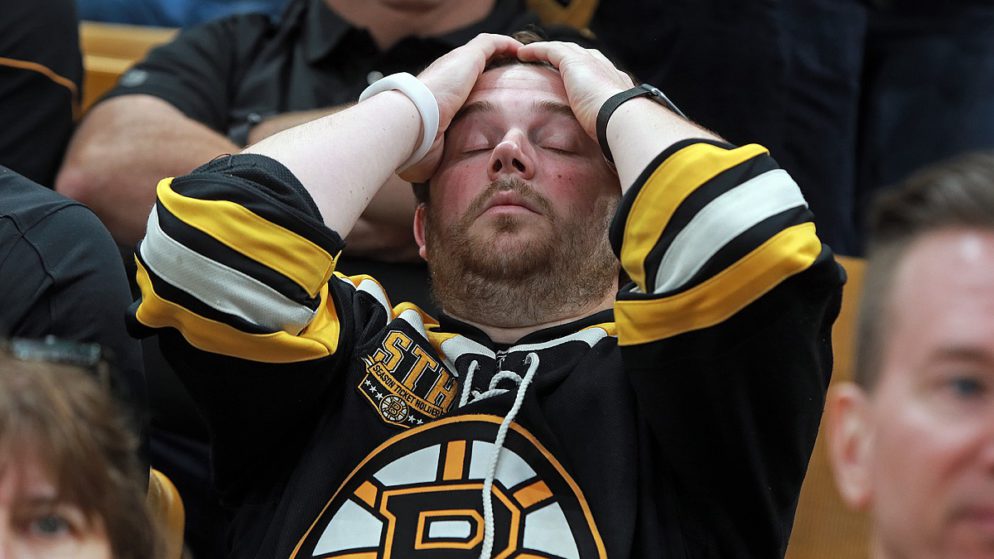 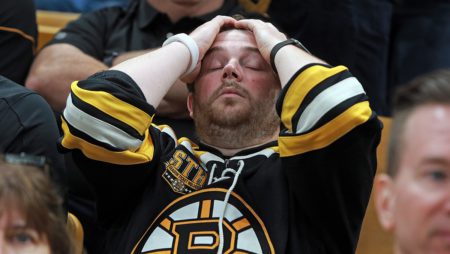 It's challenging enough earning a profit by betting on sports if you do everything right; it's almost impossible if you make a handicapping or wagering error. Of course, luck sometimes is a factor but talented and savvy bettors can turn the percentages in their favor with careful and precise play. That means avoiding these basic sports betting mistakes that will eat away at your bankroll. Let's look at the most common miscues and missteps, so that you can save yourself some money.

Investing In A Game Just Because It's On Television

A pizza, a six-pack and a wager on the Monday night football game right? We get it! Look, we're not saying you have to replace the pizza with quiche, toss the brew in favor of diet soda or even forgo a bet but it might be a good idea to wager a quarter of what you usually invest on a game. Make a recreational bet if you must but save your serious wagering for those games you like for a reason other than their availability on TV.

Overreacting To The Most Recent Performance

A good rule of thumb (or bankroll) is that a team never is as good as it looks after a victory nor as weak as it appears after a defeat. In other words, while more recent results do have more value, a single very good or a lone very bad performance should not be enough to wipe out a body of work. Thus, teams that are blown out one game often can rebound in their next game. Because good horses sometimes throw in a clinker or a mediocre horse occasionally fires on all cylinders, horse players, perhaps, understand this concept better than most sports bettors.

Betting More Than You Can Afford To Lose

Even bookmakers don't want you to go broke. In fact, savvy bet takers understand that it's crucial for gamblers to win a fair share of their bets so that they're able to keep playing. A player without money is of no value to the house. The best way to preserve a bankroll is through the implementation of some well-disciplined strategy.

Forgetting Which Is The Better Team

It may be fashionable to analyze reams of statistical data and examine a myriad of complex psychological factors but bettors often go astray because they fail to remember that the better team still wins most of the time. Every year, the majority of NFL and NBA teams with the best point spread records also are those teams that are among the leaders in win percentage. Sure, you can win a fair share of games by taking the points in certain situations but when favorites plays well, because they're the better team, they usually cover. Or, to paraphrase Damon Runyon, “The fight isn't always to the strong nor the race to the swift, but that's the way to bet.”

Thinking That Offense Alone Will Get The Job Done

You've heard it so often that it's become a cliché: Defense wins championships. Cliché or not, it's an accurate statement. If a team goes cold in basketball it can stay in the game if it plays staunch defense. In football, defense shortens the field, takes the ball away and creates opportunities for the offense to score easy points. In baseball, keep the ball in the park and out of the power alleys and you're always just a swing or two away from winning the game. Yet bettors often become falsely enamored with offense, wagering on teams that can score.

The Detroit Pistons had a couple of legendary teams that won the NBA title with defense and the New England Patriots and Baltimore Ravens captured Super Bowls because they could stop their opponents. Even the Boston Red Sox, who had a potent offense, finally won their first World Series in 86 years because they added pitching (starter Curt Schilling and closer Keith Foulke) and better infield defense to their roster.

Placing Too Much Emphasis On Injuries

Since the value of an individual player is indirectly proportional to the number of athletes who play at one time, the fewer the players, the greater the value of each player. Thus, the absence of a starter in basketball, where just five play at one time, is far more significant than when a football team, which has at least 22 starters, loses a player to injury.

Of course, bookmakers are quick to adjust lines after an injury so the bettor rarely gains an advantage. In fact, because teams often compensate for the loss of a key player with more determination and effort, the gambler may be at a disadvantage if he places too much weight on the absence. What's more, the replacement player sometimes turns out to be just as good as the starter. Remember that Thurman Thomas' backup at Oklahoma State was Barry Sanders.

Making Too Much Of Psychology

One of the most common sports betting mistakes is banking on a team that is “due”. Just because a team is highly motivated doesn't necessarily mean it will win. Effort counts, certainly, but it can't always overcome talent. And there's nothing that says that the football team that won 50-0 last year isn't just as eager to duplicate that result as the team that was humiliated on the other end of that score is to reverse that outcome. Being too psyched up for an opponent can translate to overly aggressive play. In football, that can result in penalties, such as encroachment or offsides. In basketball, being too emotionally high can lead to fouls. In baseball, a player who fails to control his emotions may chase pitches in the batter's box.

While it's crucial to identify the right side, in order to maximize his chances for success, it's also imperative that the bettor has knowledge of wagering techniques and principles. A professional gambler put it another way: “If you're a great handicapper and an average bettor, you probably can't win. But if you're an average handicapper and a great bettor, you've probably got enough of an edge to win. The problem is, most people don't know how to wager.”

Betting Too Much On One Game

For the most part, professional gamblers bet about the same on every play. The reasoning is that a game either is good enough to play or it isn't. Sophisticated gamblers understand that there really is no such thing as a “lock” or a “best bet.” A blown call of an official or a fluke occurrence can decide the outcome of an event. Dayjur was a “lock” to win the 1990 Breeders' Cup Sprint when he jumped over a shadow approaching the finish line and was beaten a neck by Safely Kept. Casual bettors often compound their sports betting mistakes of wagering too much on one game with trying to get even, the first of our wagering missteps. Doubling or tripling up on the final game of the day in an effort to recoup the day's losses is a recipe for financial ruin. Bet more when you're ahead, not when you're behind.

Trying To “Get Even” aka Chasing

Get even for what, a day? A week? A month? A year? Your life? Money wagered and lost no longer belongs to the bettor so it's far more important to wisely invest the cash you have remaining than to chase the money that's already been lost. Each bet stands or falls on its own merits and no one wager ever should be viewed as a way to overcome past errors. Among other assets, bettors require discipline and maturity to be successful. It's inevitable that you're going to have some losing days. Deal with it. Don't chase!

That's right, too few games. Conventional wisdom might advocate that you limit your action and carefully pick your spots but professional gamblers see it differently. “The fewer games you bet, the more your outcome is subject to luck,” explained one sophisticated player who demanded anonymity. “You have to bet enough games so that a bad call, a crazy bounce or a freak play doesn't crush you. Anyone can lose one game, or two out of three games, but if you're a really good player, you know you're going to come out on top if your sample is large enough. The only way that happens is if you play enough games.”

When you invest in a stock or a mutual fund you're advised that “past results are no guarantee of future success.” That same caveat holds true for sports handicapping where an historical perceptive is interesting but hardly a harbinger of things to come. Besides, many of these so-called “trends” are nothing more than “back-fitting,” the fraudulent practice where a theory is developed to conform with a series of results rather than the accepted procedure where a theory is advanced and tested by results. Most successful sports analysts believe that each game must evaluated on its own merits and that a reliance on technical trends is little more than lazy sports betting mistakes.

Going With The Flow

There is no evidence that a point spread move signals which team is going to win the game. Sure, sometimes a football line moves from -3 1/2 to -6 and the favorite covers easily. “Smart money,” claim the neophytes. But just as often the team getting the money does not cover the money. Truth is, “smart money” is smart only about half the time and as the line shifts, some of the value gets sucked out. Get to know the difference of line moves as assuming you should blindly tail these is one of the most common sports betting mistakes.