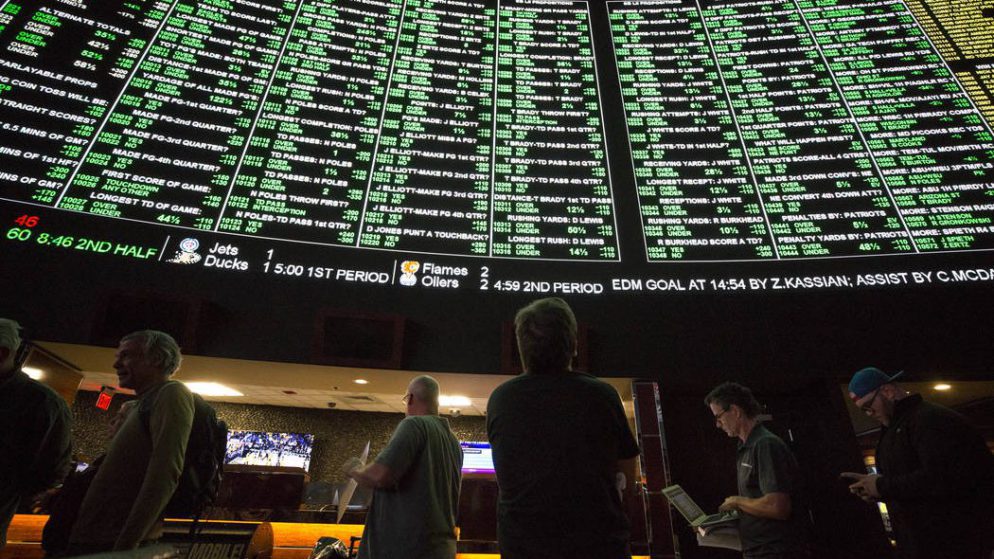 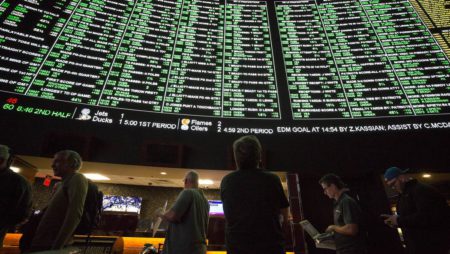 For gamblers, the crucial decision each weekend is whether to take or lay the number. On the other side of the counter, the most critical determination for bookmakers is when to move that number. Occasionally, these two disparate but linked disciplines conspire to offer bettors the potential for a wagering windfall in a sports betting situation that's known as ‘middling'.

How Bookmakers Think About Middling

Most bookmakers will move a football line only after the maximum amount of money, an arbitrary figure called a “game limit,” is reached on one side of a particular point spread. Once that limit is achieved, the line is adjusted to attract action on the other side.

The risk of a bookmaker being vulnerable to middling – a situation where gamblers on both sides of a betting proposition win – is dependent on the likelihood of the game score coinciding with the game's point spread. Over the past decade, the likelihood of a game being won by eight points was about 2 percent. Thus, bookmakers who have reached their game limit can quickly flee from -8 to -9 with relative impunity.

Not so fast. All men may have been created equal but all numbers weren't. Some numbers, 7, 4, 6, and especially 3, must be treated differently. These digits are known as “key numbers.”

In his industry primer, Race and Sports Book Management, A Guide for the Legal Bookmaker, Roxy Roxborough, the book's author and one of the planet's leading price makers, offers this recommendation:

Roxborough, who taught a course in race and sports book management at the Clark County Community College in Las Vegas for five years, would preach to his students that any list of nightmares facing civilization would include:
1) Nuclear holocaust
2) Getting middled on 3

Most bookmakers see it pretty much the same way.

“If a volcano went off in here I wouldn't move off 3,” said one leading bet taker.

“Who gets off 3?” wondered another bookmaker. “The whole world could shake and I'd still be at 3.”

Well, you get the point.

Books Reluctant To Move Off Of 3

The reluctance of sportsbooks to move off a key number such as 3 is founded in strong statistical evidence. About 14% of NFL games – roughly one in every seven – is decided by a field goal. That means that if a bettor can lay 2.5 and take 3.5, he has a substantial edge over the house. Bookmakers know this too, of course, and often will go to tortured lengths, including employing a money line, to avoid moving off 3.

In the first seven weeks on the 2005 NFL season, 31 of 102 games (30.3%) closed with one team favored by three points over another. So, while it may be increasingly difficult to find a 3-point middle, there are ample opportunities for a search.

Finding a middle on any of the other key numbers, 7, 4 and 6, is easier but only about half as profitable. Over the past decade, games decided by 7, 4 or 6 occurred about 7% of the time, each. Given the house edge of 4.55% inherent in every 11/10 wager, a punter either will have to be very patient or very lucky to show a profit betting those middles.

The bottom line? If you can find a middle on 3, bet it. Middles on 7, 4 and 6 also are worth a gamble but the bettor's edge is small. Tempting as it may be, it's probably wise to pass on all other numbers.

BETS AND PIECES: The most famous key number middling took place in the 1979 Super Bowl between the Steelers and Cowboys. Although Pittsburgh was a solid 4-point favorite across Nevada, an industrious bettor could lay -3.5 on the Steelers with a Dallas bookie or take +4.5 on the Cowboys with a Pittsburgh bet taker.

But that would have meant placing a wager with an illegal bookmaker and nobody would do anything like that.