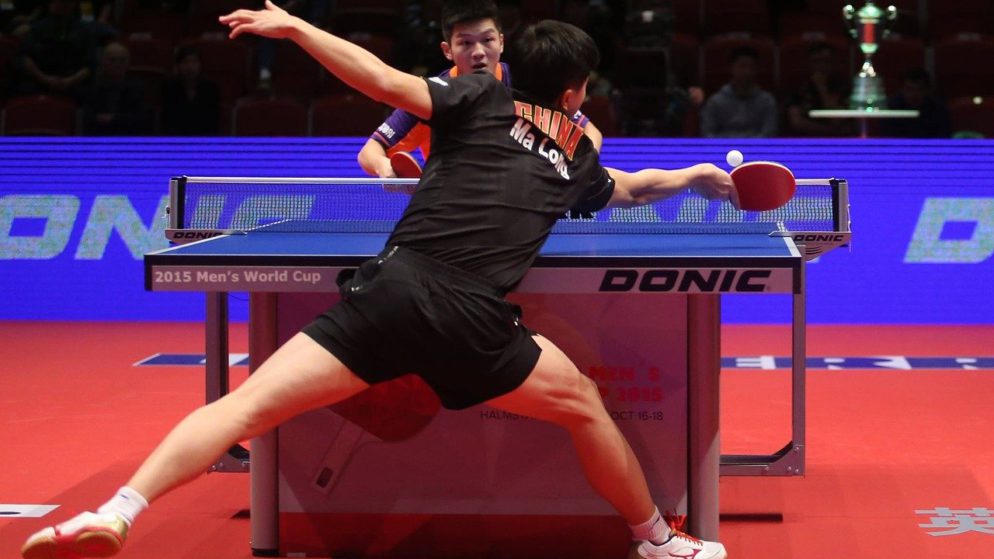 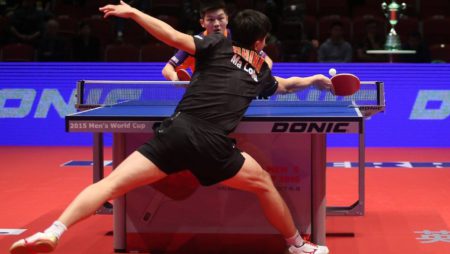 From table tennis to marble racing to reality shows, sportsbooks post lines on just about anything these days.

Remember when you'd saunter into a sportsbook or call one over the phone because you wanted to do a little sports betting? Most would have just a handful of lines with a focus on major sports and spreads, moneylines and totals. Nowadays, betting sites are catering to a more varied wagering clientele that is demanding betting lines on topics that do not meet even the broadest definition of sports.

Ambitious sportsbook operators, eager to please their customers (not to mention fearful that they'll lose them to someone else) are obliging, often offering wagers designed specifically for just one bettor. That was certainly the case when one proud father demanded that a British bookmaker give him a price on his newborn son scoring a goal for England in a World Cup event, two decades down the life line. The sportsbook quoted a price and the man took it.

No one knows for sure when sports betting emporiums began posting and accepting wagers on non-sports related events but some trace it back to 1960 when the William Hill Agency, one of Britain's most respected bet takers, offered 10,000/1 odds on a man landing on the moon before the end of the decade. Neil Armstrong's one small step for man turned out to be one giant payoff for the lucky bloke who made the wager.

Nowadays, betting lines are provoked as much by the entertainment industry and current events as they are by traditional sports, such as football, baseball, basketball, hockey, soccer, auto racing boxing, golf and horse racing.

Most sportsbooks now offer lines on a variety of reality TV shows, including American Idol, Survivor, Dancing With the Stars, Project Runway, Amazing Race, and several of the country's versions of Big Brother. The options even go beyond who will win and to which contestant will be next to be ousted (or “auffed” by Heidi Klum in the case of Project Runway) to such obscurities as to how many times American Idol judge Randy Jackson will say “dog” during a particular broadcast.

As proof that the line between entertainment and sports betting hasn't just been smudged but obliterated, many sportsbooks routinely offer odds on the gender of the offspring of celebrities, including Britney Spears, Angelina Jolie and Katie Holmes. In the case of the Tom Cruise/Holmes production, the choices were “boy,” “girl,” and “other.” OK, just kidding.

But celebrity foibles often are the stuff of betting lines including whether actress Winona Ryder would be convicted of shop lifting, as well as the ultimate resolution of court matters regarding OJ Simpson, Michael Jackson and Robert Blake. (If you had the “not guilty” trifecta then you're probably set for life).

Oddly, although Elvis Presley left the building several decades ago, sportsbooks still offer bountiful odds on a documented sighting of the King of Rock ‘n Roll. The same holds true for the Loch Ness Monster. (If you happen to find the two of them having a beer in Memphis, ask for a really big price).

Some sportsbooks also offered odds on which Cardinal (Albert Pujols was not a choice back then) would replace Pope John Paul II, which canine would take the Best in Show ribbon at the Westminster Kennel Club and which woman would be named Miss World.

The old adage that everybody talks about the weather but no one ever does anything about it is no longer true now that several offshore books offered betting on whether there will be snow on Dec. 25. Bettors no longer have to dream about a white Christmas; they can wager whether the white stuff will make an appearance at specific locations that day.

Politics is another favorite provenance for intriguing betting lines. The Conservatives are favored to take over for the Labour Party the next time Brits go to the polls while the race for US President finds NY Senator and former First Lady Hillary Rodham Clinton an even money choice to get the nomination of the Democratic Party while Arizona Senator John McCain is the 3/2 choice to head the ticket for the Republicans. Should it pan out that way, most oddsmakers make Clinton a slight favorite over McCain to take up residency at 1600 Pennsylvania Avenue in January of 2009.

2020 Tested The Boundaries For Betting Lines

2020 was a special year. Not only was it the biggest year ever for political betting in the Donald Trump-versus-Joe Biden Presidential race, it also unearthed all sorts of new things we could bet on due to the COVID-19 pandemic. There was Ukrainian soccer and Russian table tennis and Korean baseball and marble racing and even betting on when regular sports would come back to action.

Perhaps the strangest of all wagering prop bets was one that the world would come to an end on a certain date. There was the Year 2000 and then the rapture and now some are thinking COVID could be the beginning of the end. Some people did bet that the end was near, evidently banking on collecting once they got to the afterlife. Didn't they realize, if gambling abolitionists are correct, that heaven doesn't have a sportsbook?