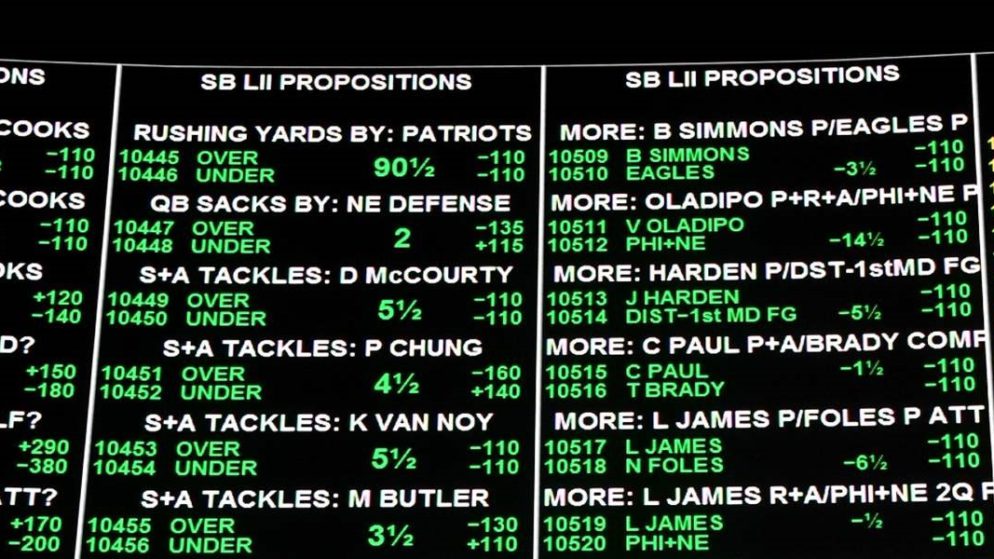 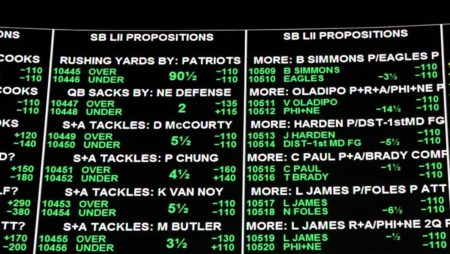 The basic terms in our sports betting glossary will give you a better understanding if you're new to betting.

Every industry has its own vernacular, a set of words and phrases so familiar to those speaking them that there's almost no consideration that an outsider might not understand. In the realm of gaming, it's a sports betting glossary.

If we say, “Some sharp had a beard drop a big nickel on the steam,” the people in gaming might know what's happened but most folks wouldn't have a clue. With the popularity of gaming increasing faster than Pavoratti's waistline, it might be a good idea to make sure everyone is on the same page or computer screen. After all, if you're going to be firing those dead presidents, you better know when it's OK to ask a pencil for a comp.

Here's some gamingspeak to help you understand the basic terms in the sports betting glossary:

Bad Beat: Losing what you believed to be a winning game or a winning race due to incredibly bad luck. For example, you took five points with an NFL underdog and are leading 23-17 when the favorite scores a touchdown on the last play of the game. Naturally, the favorite botches the extra point but goes on to score a touchdown in overtime to cover the spread. Ouch! Or, you bet on Dayjur in the Breeders' Cup Sprint in 1990. The horse has the race locked up when he jumps over a shadow deep in the stretch and loses by a neck to Safely Kept.

Beard: A person who makes bets for another to disguise the source of the wager.

Bleeder: A casino supervisor who frets and worries when a player starts to win. (Also called a Sweater.)

Churn: The impact of betting and rebetting money.

Clipboard: A runner who compares odds and prices for others.

Comp: A complimentary ticket issued by a casino for accommodations, food and/or entertainment in recognition of a person's volume of play.

Dead Presidents: Money. One of the many terms in the sports betting glossary

Exposure: The amount of money a bookmaker stands to lose on a game, a race or an event.

Extension: The amount of money that the house theoretically will risk losing on a game or a race.

Figure: An amount owed by or to a bookmaker.

Firing: Betting a lot. A player who is “firing” is betting large sums.

Flea: An annoying human parasite who bets very little but expects a great deal. Once described by a sports book director as “a guy who bets $5 a game who thinks that entitles him to be comped to gourmet rooms and have showgirls on each arm.”

High Roller: A gambler known for his lofty action and extravagance. Another term for this in the the sports betting glossary could be VIP.

Hit and Run: A player who makes one, large, low-risk bet, such as a huge football favorite on the money line, then leaves with his winnings and never bets with that bookmaker again.

Hold: The percentage the house wins.

Hook: Half a point.

Jones: A person addicted to gambling.

Juice: The percentage of the wager kept by the bookmaker for handling the bet. (Also called Vigorish or Vig.)

Layoff Bet: Wagers made by one bookmaker with another to help balance his action and reduce his risk on one side or one horse.

Limit: The maximum bet accepted by a bookmaker before the pointspread or price has to be changed.

Lumber: The name given a person who watches other people gamble. (Also called Baggage or Wood.)

Parlay: A bet with two or more teams where the money won on the first game is wagered on the next game and so on.

Pencil: Casino personnel with the authority to sign for comps.

Player: A bettor or a gambler.

Press: To wager a larger amount than is usual.

Push: Tie (but not neckwear.)

Rabbit: An inexperienced gambler, a novice.

Round Robin: A series of parlays.

Score: To win a lot of money.

Square: An unsophisticated player, the opposite of a Sharp.

Steam: Heavy action on one side.

Toke: A tip or gratuity.

Triple Sharp: The sharpest of the sharp. (Note: There is no such thing as a Double Sharp.)

Whale: The highest of high rollers. A huge bettor.

Wiseguy: A knowledgeable handicapper, often with connections to information.

While this sports betting glossary doesn't include every single term in the lexicon, hopefully this gives you a pretty good feel for the jargon and what to expect.