What Oddsmakers Think About When Setting College Basketball Lines 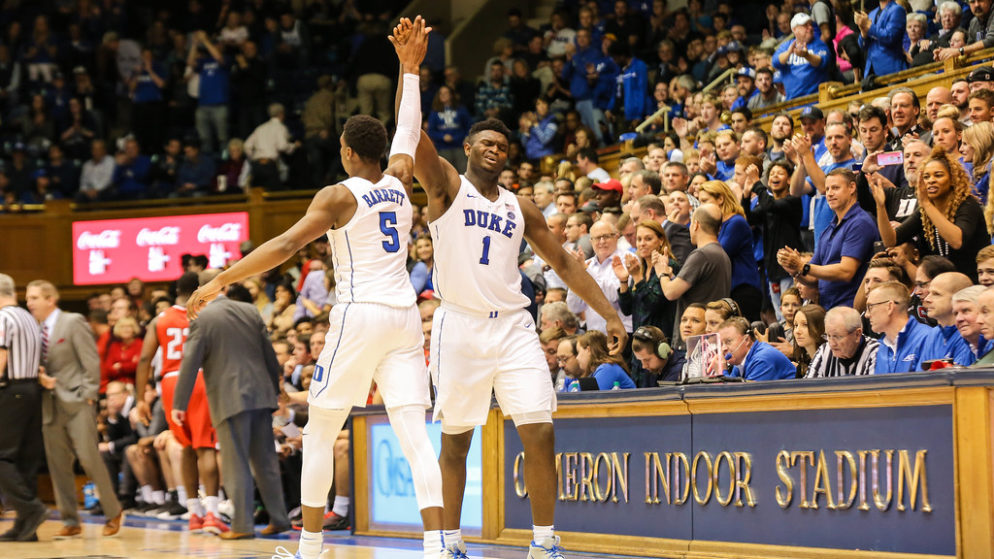 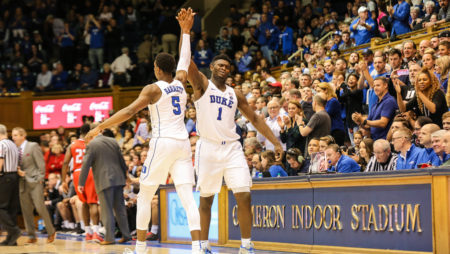 The Duke Blue Devils know a thing about one-and-dones.

Hardwood hysteria continues to build on college campuses, presenting the bettor with a set of challenges and considerations that have a limited application to the NBA. While there are some similarities between the games and the players do progress from one league to the other, the reality is that setting college basketball lines is quite different from NBA. There's the obvious as NBA games will easily cross the 200-point mark while college basketball contests don't often push past 150. In the NBA, games go 48 minutes in four quarters but if you're setting college basketball line, it's a different situation with halves and full-game as it's only two 20-minute frames.

With that in mind, let's take a look at what the oddsmakers think about when setting college basketball lines.

Competition all but mandates that bookmakers post prices on over 200 teams, (as compared to 30 NBA clubs) providing the gambler with many more options. As good as the oddsmakers at betting sites are, for bettors, it's a lot easier to find a bad number among 100 games than it is to find one among 13 or 14.

Sure this is a factor in NBA play but it's the tiresome travel associated with getting to an away game that puts the road team at a disadvantage in the pro ranks. For that reason, NBA spreads are affected more by schedule than by actual home court.

Since NCAA teams only play about 30 games a year, lengthy road trips aren't a factor in college play. Nevertheless, with its requisite contingent of chanting, sign-waving students, the home court really does matter in college hoops. In fact, the home court can be such an advantage that there may be as much as a 10-point swing in home-and-home series point spreads.

A shorter schedule and more heated rivalries, particularly within conferences or states, all but guarantees that emotion, especially since you're dealing with teenagers, will play a greater role in college basketball than it does in the NBA. For that reason, assessing a team's motivation can be a crucial factor.

Another factor unique to factor to setting college basketball lines is revenge. A team that lost to an opponent once often is troublesome to tame the second time around. This is a scenario that plays itself out in conference play, where splits are more common than sweeps.

There was a time where first-year recruits sat on the pine and waited their turn. Nowadays, if you're good enough to play, coaches put you in the game. One-and-dones are more common than ever as coaches and programs know what to expect when they recruit these players.

Interestingly, the emergence of freshmen as major contributors has required bookmakers and bettors to track the careers of high school seniors, monitoring their college choices and assessing the impact they may have on those programs. Duke, Oklahoma State, Washington, Kansas, Louisville, Mississippi State, Memphis, Alabama, North Carolina and Connecticut are among the schools whose recruiting hauls could have a sizable impact on their fortunes this season.

Since no sport is more affected by a single player than basketball, every new addition – freshman, junior college or transfer – has the opportunity to alter the dynamic of the team.

Act I extended through the end of the year when teams played most of their non-conference games. For many, this was a good opportunity for experimentation with different lineups and strategies, a time of growing pains that often was reflected by the point spread. Other teams, ones with experienced players, had an obvious edge in cohesiveness. After all, basketball is a team sport.

Act II begins with the tip-off of the conference schedule, which starts this month. Teams have worked out the kinks by now and, for the most part, are ready to face a series of opponents with whom they have some familiarity. The teams may play each other as many as two or three times each season – twice in conference play and perhaps again in the league's tournament – and coaches know each other and their preferred style of play. There are few surprises and, except for those occasions when the very best teams are playing the very worst teams, close games are common.

For the fortunate, the curtain will rise for Act III, the NCAA Men's Basketball Tournament, in March. It is the unpredictable nature of the “Big Dance,” the convergence of teams that have as much in common as Rick Majerus and hair spray, which makes March Madness odds making and wagering the challenge that it is.

Because of its uniqueness, bet makers and bet takers approach the tournament both respectful and wary of an entirely different set of factors that rarely come into play during college basketball's regular season. We'll examine those elements next spring.