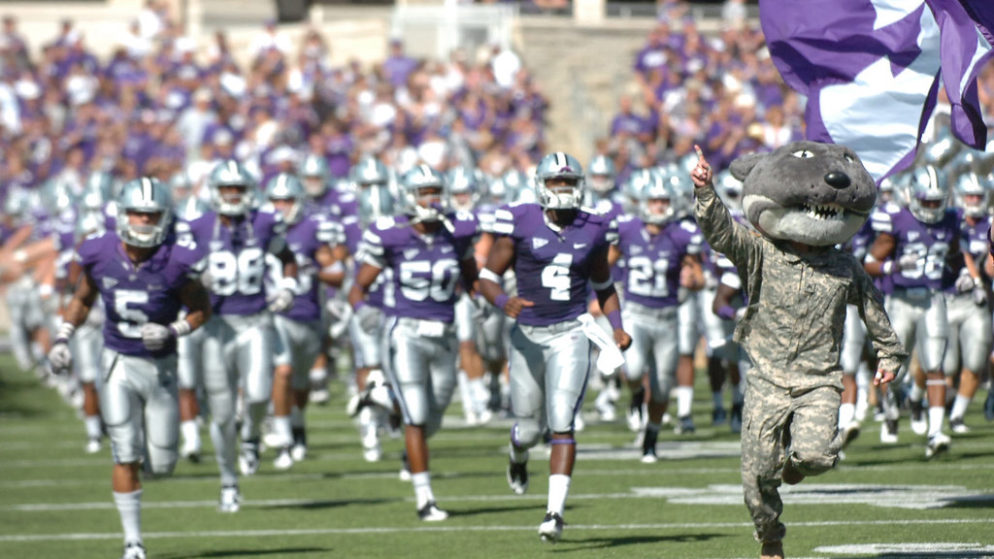 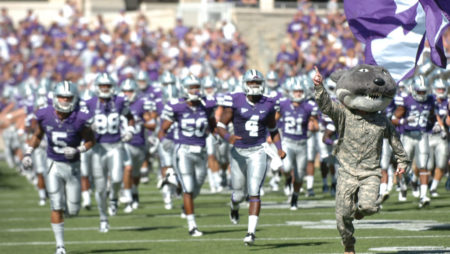 Are the Kansas State Wildcats worth a flier to win the Big 12?

The Kansas State Wildcats were hounded and hampered by quarterback injuries the past two seasons. Every team needs injury luck in a given season, but Kansas State has been bitterly unlucky in recent years and is hoping the injury lottery will break its way in 2022.

If that happens, the Wildcats will, in many experts’ eyes, be a foremost contender for the Big 12 championship. Let’s take a deeper look at this team and what might be possible this year.

The big change for Kansas State is that Adrian Martinez transferred from Nebraska to become the starting quarterback for the Wildcats. Martinez had a bumpy career at Nebraska under Scott Frost. As anyone who followed Nebraska the past four years knows, the Huskers have not yet made a bowl game under Frost. Martinez has lost a lot of games and has taken a lot of criticism, most of it legitimate and justified. The real question surrounding Martinez is if head coach Chris Klieman can bring out his best at Kansas State.

If Martinez can be a lot more disciplined at KSU than he ever was at Nebraska, he could become a difference-maker for the Wildcats, because he does possess above-average speed and mobility. He can make improvisational plays and he can succeed outside the pocket. One of the things Martinez could not control at Nebraska was the quality of his defense with the Cornhuskers.

Usually, that defense wasn’t good enough to win. At Kansas State, that defense is likely to be very good. It could be the ingredient Martinez needs in order to be more patient and disciplined with his decisions. At Nebraska, he often tried to be so aggressive because he often knew he had to make splash plays to overcome the limitations of his defense. At Kansas State, that could change.

Kansas State Will Be Successful If…

The coaching staff can get the most out of Adrian Martinez. Kansas State is really solid at most positions, but quarterback has been a missing piece, sometimes due to injury.

If Martinez maxes out, this team will max out. Keep in mind that if the Wildcats are grabbing leads early in games, their defense will be in a position where opponents will have to throw the ball. Kansas State’s defense will thrive if opposing offenses become predictable.

Kansas State Will Disappoint If…

The receiving corps can’t mesh with Martinez. The quarterback could make the right throws, but receivers still need to make clutch catches in traffic with some degree of difficulty. Martinez needs to establish a strong rapport with his receivers, and the passing game has to complement the running game in order for everything to come together for Kansas State this year.

The One Best Kansas State Wildcats Bet Is…

This is not the likely outcome, but at a price like this, it’s worth taking a lower-dollar flyer on the Wildcats. Baylor and Oklahoma are better choices, but this is the highest-value choice. Kansas State will likely finish in the top three of the Big 12 and surprise on the moneyline a number of times. There’s a very real chance KSU will reach the Big 12 title game. KSU is greatly undervalued here.