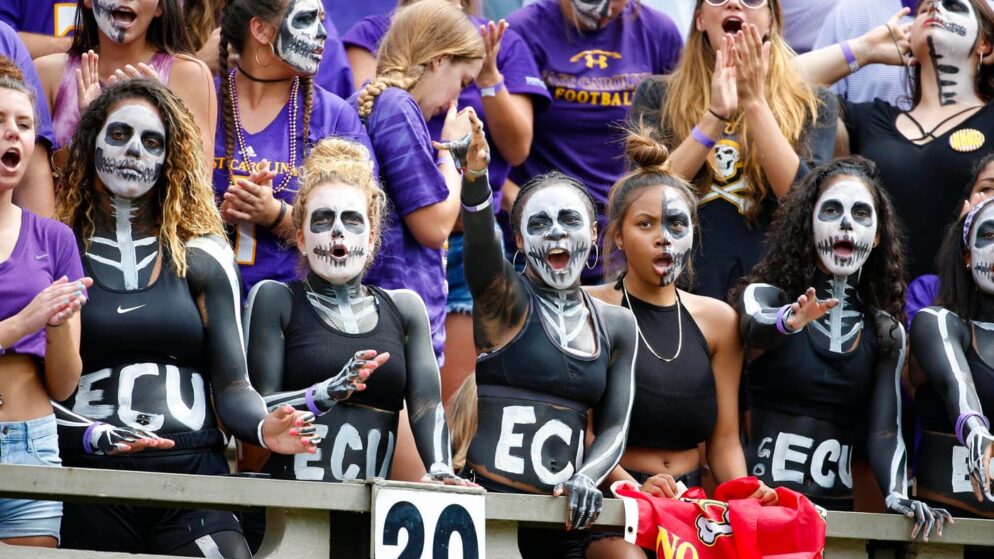 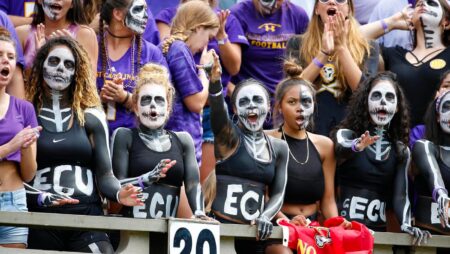 Can East Carolina cover a touchdown on Wednesday?

The 2022 Birmingham Bowl is really hard to predict for one very obvious reason: A high-profile quarterback who was part of the regular season for one of the two teams involved in this game is not playing. That will force a lot of people to recalibrate this contest. Let's take a closer look at the best wagers for this game as well as the prop bets available.

The Chanticleers are 3-2 away from home this season, 2-3 against the spread.

The Pirates are 3-2 straight up away from home this season, 3-2 against the spread.

The Coastal Carolina Chanticleers won nine of their first 10 games this season, but then quarterback Grayson McCall, easily the best and most important player on the team, got hurt. He missed the last two games of the regular season, and CCU fell apart, losing 47-7 to James Madison and then 45-26 to Troy. It’s true that James Madison and Troy are good teams, but as much as not having McCall in the lineup mattered, it is also necessary to point out that the Coastal Carolina defense fell apart. If the Chanticleers are going to win this game, their defense will have to step up in a big way. They can’t expect to win a shootout with McCall not playing. (McCall has entered the transfer portal and is looking for a new place to play in 2023.) They have to contain East Carolina’s offense and make this an ugly game.

One other really big note is that while Coastal Carolina won’t have its main quarterback, it also won’t have its coach from the regular season. Jamey Chadwell took the open head coaching job at Liberty University after Hugh Freeze left Liberty to take the open head coaching job at Auburn in the SEC. No McCall and no Chadwell puts CCU in a very difficult spot for this bowl game.

The Pirates didn’t have a great year, but they had a good year. It could have been a great year if their placekicker hadn’t missed an extra point and a field goal late in regulation in an early-season game against North Carolina State. As it is, ECU managed to fight past that setback and a few other tough losses to forge a 7-5 record. The particularly impressive wins for ECU came against UCF, a 34-13 smackdown which was the most complete performance of the year, and also against BYU, a gritty 27-24 road win in a very tough environment. ECU narrowly lost on the road at Cincinnati, 27-25, the other really agonizing loss of the season alongside the N.C. State heartbreaker, but the Pirates were able to regroup against Temple in the season finale, winning a 49-46 shootout.

This is the last game at ECU for veteran quarterback Holton Ahlers. He has played at ECU for five seasons due to having an extra year of college eligibility from the pandemic. He has thrown for over 13,000 yards and has accumulated more than 90 touchdown passes. Including rushing yards, Ahlers has accounted for over 15,000 total yards and 116 total touchdowns as an ECU player. He will try to go out with a bang here.