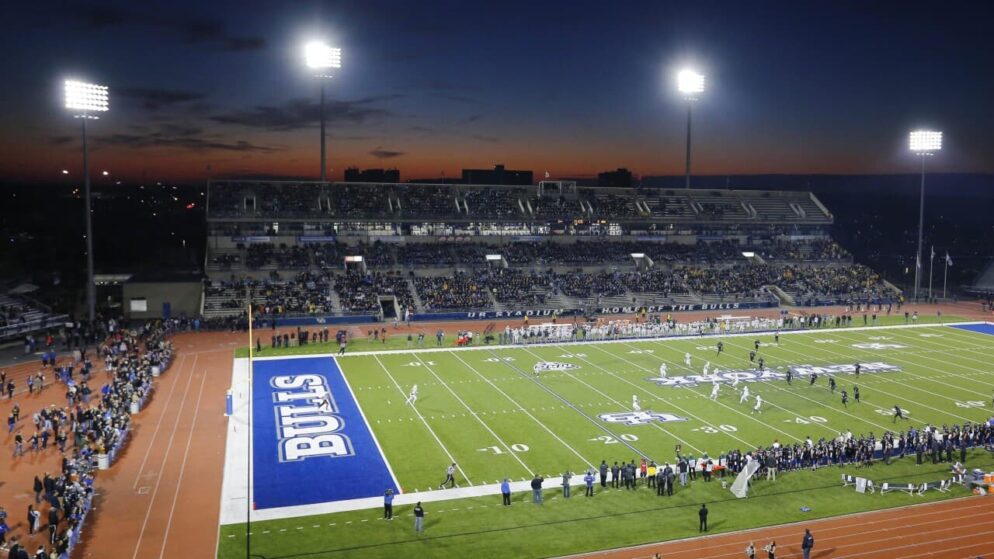 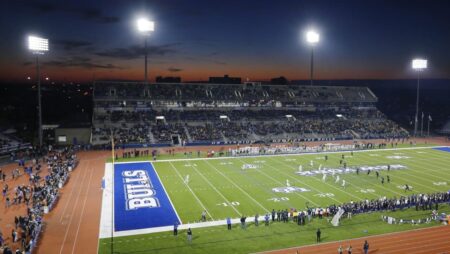 Can the Bulls cover 3.5 in the Camelia Bowl?

The 2022 Camellia Bowl presents two teams which had very similar journeys over the past five games of their respective seasons. This is in many ways a story of parallel dimensions colliding in Montgomery, Alabama, for a postseason prize.

The Eagles are 2-4 away from home this season, 3-3 against the spread.

The Bulls are 3-4 straight up away from home this season, 3-3-1 against the spread.

The Georgia Southern Eagles and Buffalo Bulls traveled a very similar road this season. Let’s start with GSU. The Eagles were 5-3 through eight games. Then they lost three straight, two of them by 13 or more points. The offense faltered and the defense had two noticeably bad games. Georgia Southern fell to 5-6 and needed to win its 12th and last game of the regular season to make a bowl game. The Eagles won a thriller over Appalachian State, 51-48 in double overtime, to reach the six-win threshold required for bowl eligibility. Georgia Southern had a wild season.

The moment most college football fans will remember is an early-season win at Nebraska. That was a big surprised as the Eagles were a 22.5-point underdog, according to the NCAAF odds. That victory in Lincoln was the last straw for the school and athletic director Trev Alberts, who fired coach Scott Frost shortly after that game.

Nebraska recently hired former Baylor and Carolina Panther head coach Matt Rhule to be its new coach. Georgia Southern is led by coach Clay Helton, who was fired as USC’s head coach a year ago and was replaced by Lincoln Riley. Helton quickly landed at Georgia Southern not very long after being fired by USC.

The Bulls can relate to Georgia Southern, because they made the same basic journey as the Eagles. They were 5-3, then they lost three straight to fall to 5-6, and then they won their 12th and final game to get in just under the wire and qualify for a bowl before it was too late. Buffalo’s defense collapsed in the late-season three-game losing streak, allowing at least 30 points in three straight games and giving up an average of just over 35 points per contest.

The finale was against Akron, and the Bulls cut it close, but they allowed only 22 points and were able to escape with a 23-22 victory. It should be said, however, that Akron was a two-win team this year, the worst team in the Mid-American Conference. Buffalo did get the win it needed to reach a bowl game, so the result was good, but the performance against Akron did not inspire extra confidence for the bowl game.

Maybe getting three weeks off is just the thing the Bulls need to regroup and deliver a high-energy bowl performance which could ambush Georgia Southern in a game of very closely-matched teams.