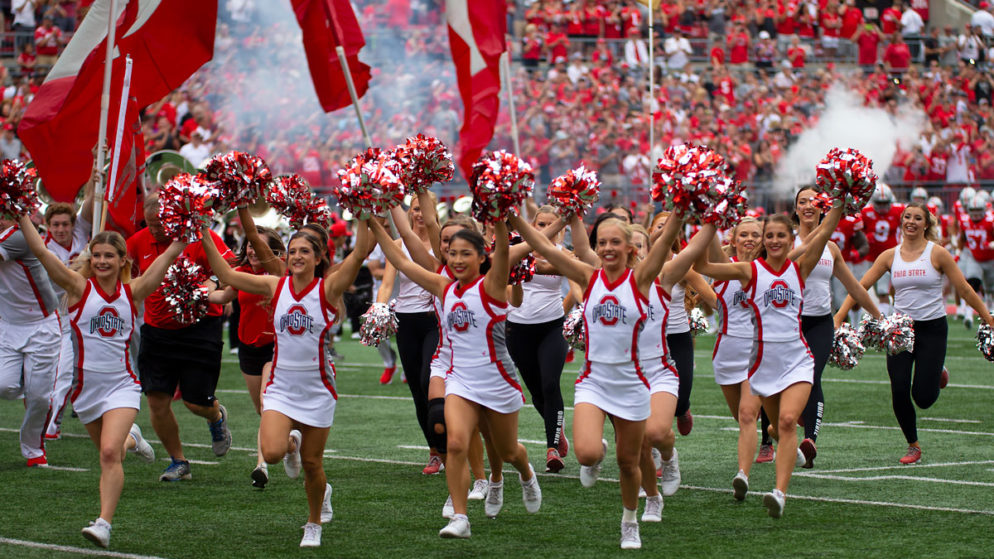 Can Ohio State cover a big number versus Wisconsin?

This is the big showdown in the Big Ten this week. Ohio State and Wisconsin have met in multiple Big Ten Championship Games over the past six years. We will see if they clash once again in Indianapolis this coming December.

Right now, it seems that only Ohio State is ready to win another division title. The offense is extremely potent and the defense is highly competent. C.J. Stroud is a legitimate Heisman Trophy contender at quarterback for the Buckeyes. OSU also has a new defensive coordinator, Jim Knowles, who came over from Oklahoma State in the offseason and could give this group the boost it needed after a very inconsistent and wobbly performance in 2021.

Wisconsin, on the other hand, is in trouble, chiefly because of its offensive line. Wisconsin prides itself on having one of the best offensive lines in the country. The Badgers rely on their ability to pound the ball between the tackles in the running game, which sets up play action and some long passes down the field. This year, the offensive line isn’t doing its job. Washington State’s defensive line clearly outplayed the Wisconsin offensive front in a stunning Badger loss on home soil in Madison.

Rutgers was a 17-point favorite in that game. The Scarlet Knights’ offense isn’t performing anywhere close to the standards it expects. This seems to have the makings of a 17-10 game. With Iowa being favored by more than a touchdown, the best pick is to expect Iowa to win outright but Rutgers to cover against the spread. Iowa’s offense just isn’t good enough to pull away from a Big Ten opponent on the road.

This is a fascinating game. Michigan State is coming off a lopsided loss to Washington. Michigan State lost by 11, but it trailed by 25 at one point. People notice that, and this is why Michigan State is a field goal underdog to Minnesota. The other noticeable detail attached to this game is that Minnesota blew out Colorado last week, 49-7.