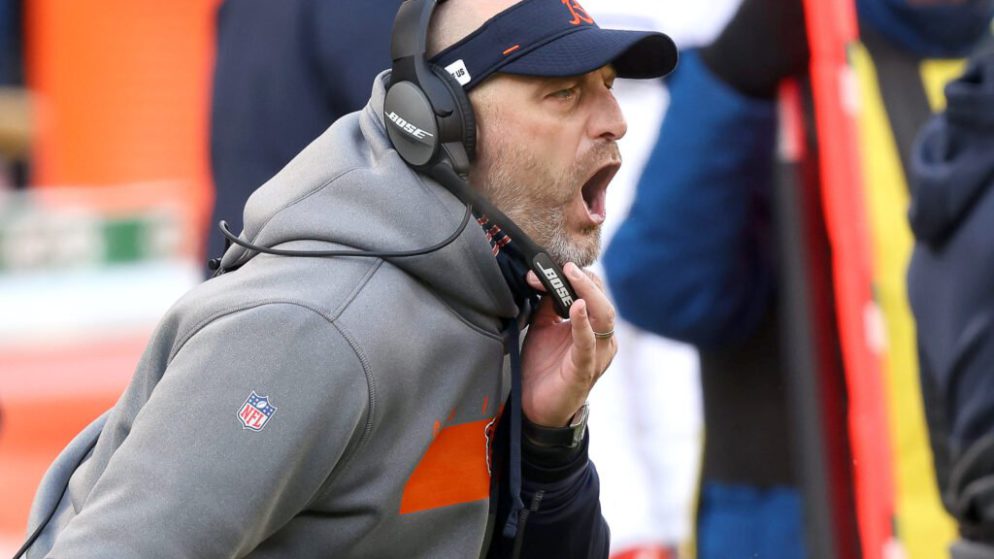 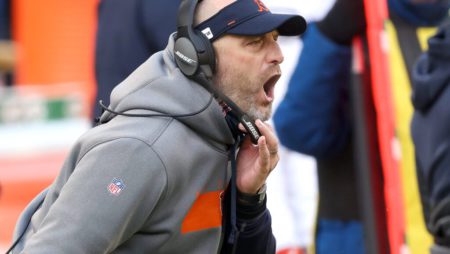 Given the Chicago Bears schedule, Matt Nagy could be a good bet to be first head coach fired.

The odds to be the first NFL head coach fired is always a hot topic of debate. Some betting sites have opened up the lines for the 2021 season and it’s Denver Broncos boss Vic Fangio who is favored to get the first pink slip. Fangio is just 12-20 in his two seasons in Denver and is squarely on the hot seat. Can he turn this team around or is someone like Mike McCarthy or Matt Nagy a better bet?

Fangio Has To Deliver So Far

The Broncos have shown some brief spurts of life under Fangio but none of it has been sustained. The team was an OK 3-4 to star the year last season and it looked like they might be building a foundation. However, a mix of injuries and a lack of player development led the team to lose seven of their final nine games.

Fangio is mostly going to be tied to the quarterback situation as the Broncos haven’t been able to develop Drew Lock. They signed Teddy Bridgewater but he has mostly just be a stopgap in his career. However, if the Broncos can get their offense to be moderately productive, they might push for an 8-8 record as their defense looks strong.

The good news for Fangio is that the schedule is easy early on. The Broncos will face the two New York teams as well as the Jacksonville Jaguars in their first three games. A 2-1 start and everyone is happy. 1-2 or 0-3 and the calls to can Fangio will be quite strong.

Will McCarthy Get Some Time?

Many people are wondering just how much time Mike McCarthy will get in Dallas. He looked lost at times in his first season in Big D and some will say that injuries were a big factor. While that’s true, the team was just 1-3 in their first four games before Dak Prescott got injured. The offense underperformed and the defense was abysmal.

McCarthy did start to look more comfortable as the year went on as the Cowboys finished with three wins in their final four games. Sure, two of them were against the Cincinnati Bengals and Philadelphia Eagles, but they’ll take it. Jason Garrett got a long leash, so maybe McCarthy gets at least another full season.

Nagy is on the board at +850 and it’s likely he doesn’t make it out of the season unless the Bears get wins early. This team appears to be playoff-caliber but Nagy hasn’t been able to get them there in either of the last two seasons. What’s worse is that Nagy is an offensive guru but his offenses have been atrocious.

Much of his shortcomings have been tied to Mitchell Trubisky and the quarterback situation. Now the team drafted Justin Fields and signed Andy Dalton. If Nagy doesn’t get this offense being at least somewhat competent early, he’s a goner.

What’s working against Nagy is that the Bears open up at the Los Angeles Rams, then face the Cincinnati Bengals, Cleveland Browns, Detroit Lions, Las Vegas Raiders, Green Bay Packers, Tampa Bay Buccaneers, San Francisco 49ers and Pittsburgh Steelers before they hit their bye. If things really go sour, this team could easily be a two- or three-win squad by Week 10. If they look like they’re going in that direction, Nagy will be the first coach to be fired.