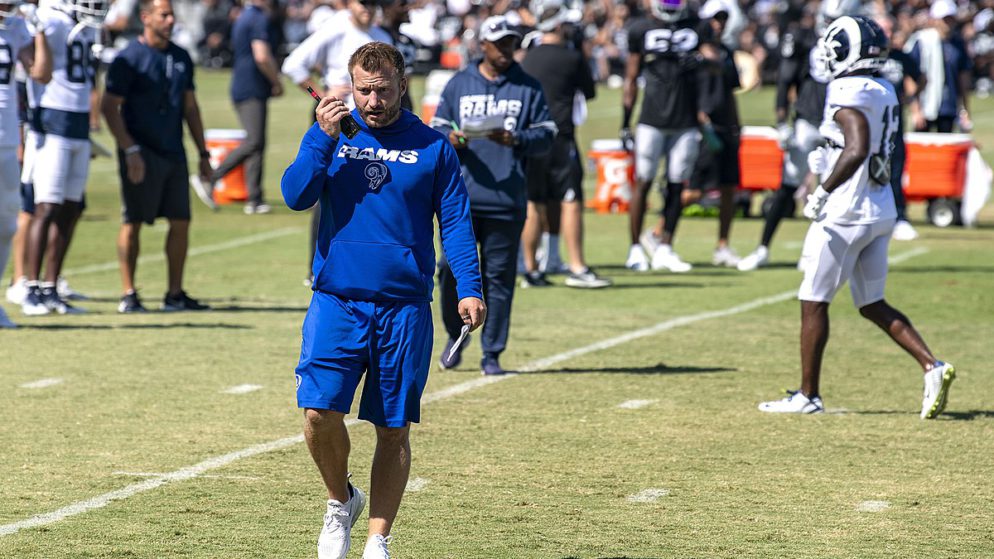 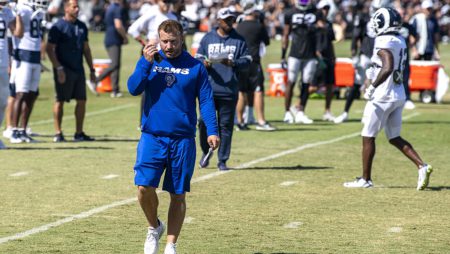 Is Los Angeles Rams head coach Sean McVay a good bet to win Coach of the Year in 2021?

Staley Favored According To 2021 NFL Coach Of The Year Odds

The favorite for the COY award in the NFL preseason is Staley, who had served as the defensive coordinator for the Rams before getting his first NFL head coaching job. Staley’s work office won’t change – SoFi Stadium in Los Angeles is where the Chargers and Rams both play. What will change is that Staley now has to run a full team, not just a defense.

Staley gets to coach second-year quarterback Justin Herbert, who drew a lot of buzz with a solid rookie season. Herbert has an excellent arm, which quieted skeptics who didn’t see him show off that arm at Oregon in college. What people in the NFL realized last year, when they watched Herbert hit lots of deep balls, was that Herbert wasn’t given many chances to throw downfield with the Ducks.

The Chargers, on the other hand, let him air out the ball. Staley will need to continue to give Herbert freedom while helping him to be more disciplined with his decisions. If the Chargers can improve their atrocious special teams and avoid late-game collapses, which killed them in 2020, they could easily win 11 games and put Staley at the forefront of the NFL Coach of the Year race.

With Stafford In Tow, Is McVay A Good Bet?

The Rams now have Matthew Stafford at quarterback, a huge upgrade over Jared Goff, who was shipped to the Detroit Lions. Many people in the NFL feel that the Rams had a Super Bowl roster last season everywhere but at quarterback. Now that they have gotten a much better QB, this could be the NFC favorite to make the Super Bowl. If the Rams go 14-3 or 13-4, Sean McVay will be in the top tier of COY candidates this season.

McDermott Is A Strong Contender

The Buffalo Bills were the No. 2 seed in the AFC playoffs last season. If they can take the next step and finish with the best record in the AFC this coming season, McDermott will get a long look as the coach of the year. He has already done an outstanding job in Buffalo, but with the Kansas City Chiefs steadily controlling the AFC, voters will want to see Buffalo rise above the Chiefs if McDermott is to receive serious consideration for this award.

If you're betting on Flores for the NFL Coach of the Year odds, you're well aware that his success is tied to the performance of second-year quarterback Tua Tagovailoa. The Dolphins didn’t make the playoffs last year but if they make it this year and have at least 11 wins, Flores could get the award.

The challenge, of course, is all of that is contingent on Tua Tagovailoa having a good year. If he struggles in his second season or hasn't taken a step forward, the Dolphins are not going to be much of a contender. He held them back at times. If he does improve and the Dolphins make the playoffs, Flores’ stock could rise.