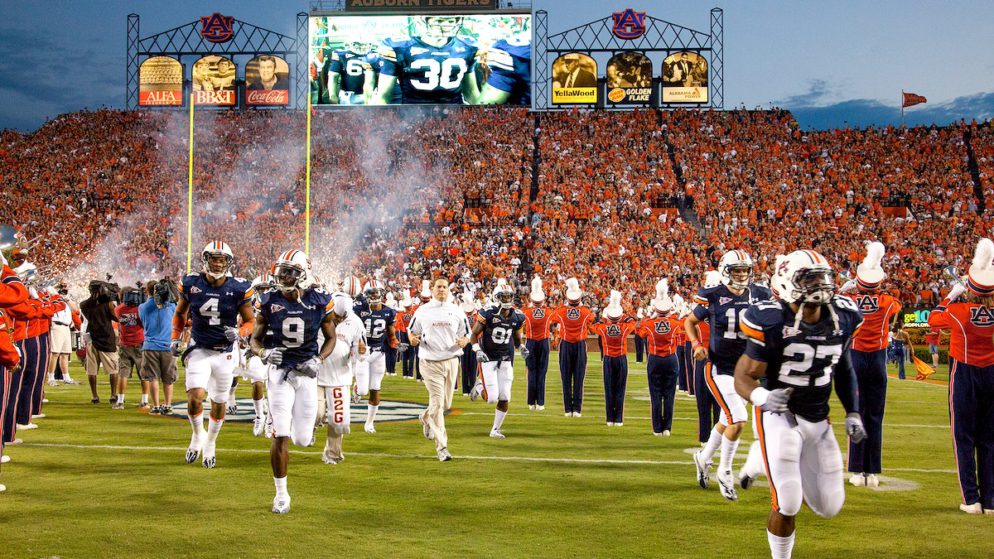 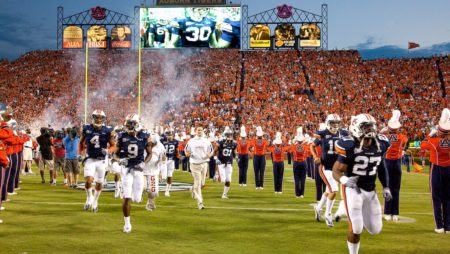 It was a wild offseason at Auburn, where head coach Bryan Harsin came very close to getting fired, but was ultimately spared only because the Tigers didn’t want to fire and hire another coach just one year after bringing aboard Harsin to replace Gus Malzahn.

It is widely felt in the college football industry that unless Harsin makes significant progress this season, he will be terminated at the end of the 2022 season. This is a very dysfunctional situation, which makes this football season highly interesting at Auburn, but not in a way any Auburn fan or player had hoped for. Can this team somehow fight through the distractions and create positive morale in the locker room and then win games on the field?

It would be remarkable if this team is able to reach the upper tier of the SEC. What's more likely is that they fall flat again, so consider going under for their regular season prop bets.

Auburn avoided earthquake-level changes this offseason when a weeks-long drama involving Harsin led to his retention by the administration. The basketball program’s success probably played a role in keeping Harsin around for one more year. What also influenced the decision to retain Harsin was the need to save money on the buyout.

Auburn’s buyout number for Harsin will decrease if he is kept for another season. Also, firing a coach one year into his tenure, even if the level of performance is really bad, scares off other coaching candidates. It doesn’t make much sense to fire a coach if the pool of available candidates as replacements will not meet particularly high standards. Auburn had to swallow a second season of Harsin in order to set up the possibility that a future replacement can be an elite head coach.

What did change on the roster is that quarterback Bo Nix transferred to Oregon, while Zach Calzada – who played quarterback for Texas A&M last year and played against Auburn in the SEC West – transferred to the Tigers. It is interesting that Auburn has two transfer quarterbacks from other SEC West schools. Quarterback T.J. Finley transferred from LSU a few years ago.

Auburn Will Be Successful If…

The quarterback position provides an upgrade. Bo Nix was a very inconsistent, erratic quarterback, so losing him is not a big deal. However, Calzada and Finley are also largely unproven. Calzada struggled early last season before improving midway through.

Does that really indicate how good he is going to be? It’s a small sample size. Finley could not beat out Bo Nix last year, so that shows how limited his ceiling is. If either of these guys can emerge, Auburn could surpass expectations.

Auburn Will Disappoint If…

The offensive line can’t step up. This is where Auburn has become very weak. Alabama and Texas A&M have strong defensive lines which can dominate opponents. Auburn just can’t measure up. If the offensive line doesn’t improve by a large degree, the Tigers will get buried.

The One Best Auburn Tigers Bet Is…

Auburn is such a mess, and the offseason – which was so important for Bryan Harsin – did not go well, either on the recruiting trail or in the development of players. With Alabama, LSU, Texas A&M, Arkansas, and Ole Miss all looking like clearly superior teams, where are the wins going to come from for this team? The under looks like a very solid play at this point.