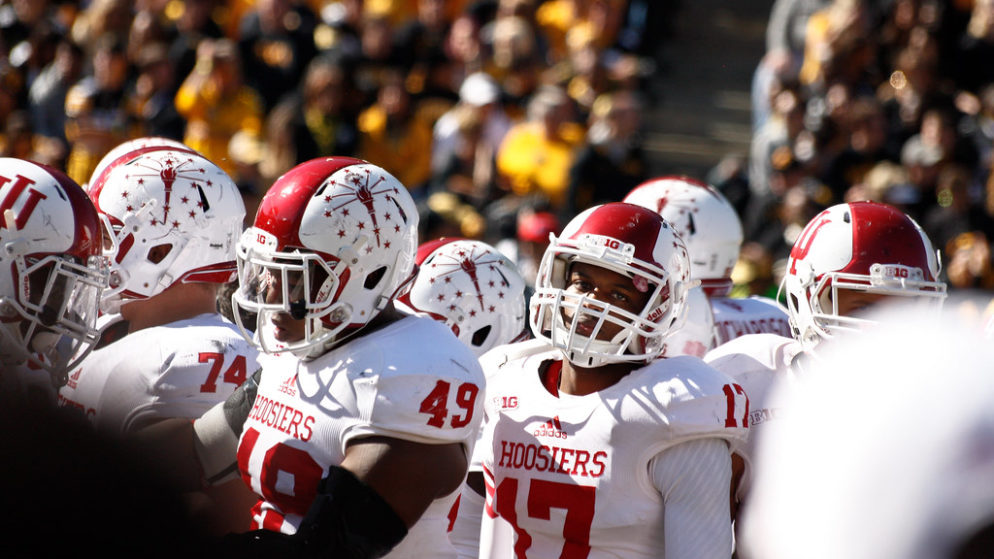 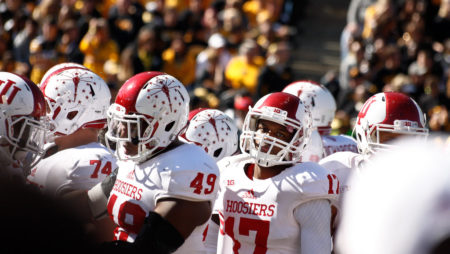 Can the Hoosiers make some noise in the Big Ten?

The Indiana Hoosiers had a tremendous 2020 season. They reached a January bowl game and narrowly missed reaching the Big Ten Championship Game. It was one of the greatest seasons in the history of a school which focuses on college basketball and has not made the Rose Bowl game since the 1967 season. Indiana football fans usually have nothing to look forward to at the end of a regular season, but two seasons ago, they had a January 1 bowl game on their docket. It was an amazing time for IU diehards.

In 2021, the fun didn’t last. The team came crashing down to earth, winning only two total games and going 0-9 in Big Ten games. The offense was a disaster. The defense had no help. It was a brutally unlucky season, but it was also a season in which the team was underequipped to replicate what it had achieved the year before. Now Indiana will try to regroup, and it has some pieces which might make a bounce-back year a lot more achievable for the program.

Quarterback Michael Penix, whose Indiana career was constantly marred by injuries, transferred to the University of Washington to follow Kalen DeBoer, who was his offensive coordinator earlier in his Indiana career. DeBoer had moved from Indiana to Fresno State last season. Indiana missed DeBoer’s expertise. Penix wanted a fresh start with his former offensive coordinator, and frankly, this is a good thing for the Hoosiers.

They needed to see if someone else could meet the demands of the quarterback position in particular and the offense in general. In comes Connor Bazelak, who was previously the quarterback of the Missouri Tigers. He was also in search of a reset button. Indiana gives him a situation where the expectations aren’t crazy and he doesn’t have to win 10 games to have a great season. If Indiana wins seven games, it’s a great year.

The biggest personnel loss for this team is linebacker Micah McFadden, who went to the NFL. McFadden was the quarterback of the defense. He got everyone organized and put teammates in the right place before the snap, making the right reads and showing an excellent football IQ. McFadden made everyone else’s task a lot easier. Indiana has to replace not just his production, but his leadership and knowledge.

Indiana Will Be Successful If…

Bazelak does the job reasonably well. It’s really simple: Indiana struggled at quarterback in 2021. Penix threw two pick-sixes in the opener against Iowa and never recovered. The Hoosiers need a steady hand at the position, particularly someone who can hit downfield throws and convert third and 8 situations on a reasonably consistent basis. Passing downs can’t be automatic punting scenarios for Indiana. The Hoosiers need to convert their fair share of plays in which they have to complete a seven- or eight-yard pass to keep a drive alive.

Indiana Will Disappoint If…

The offensive line doesn’t help Bazelak. It’s great to talk about the potential of a quarterback, but that potential won’t be realized if the O-line doesn’t give him the time to evolve and grow into the position. Indiana’s defense should be fine; it’s all about the offense if we’re looking at how the Hoosiers need to improve this season.

The One Best Indiana Hoosiers Bet Is…

It is true that Illinois plays in the so-called “Week Zero” on Aug. 27 against Wyoming. This means Illinois will have already played a game, which is a notable advantage. However, the point spread is pricing in that Illinois advantage. Indiana is probably 15 points better than Illinois and should still cover this smaller spread.