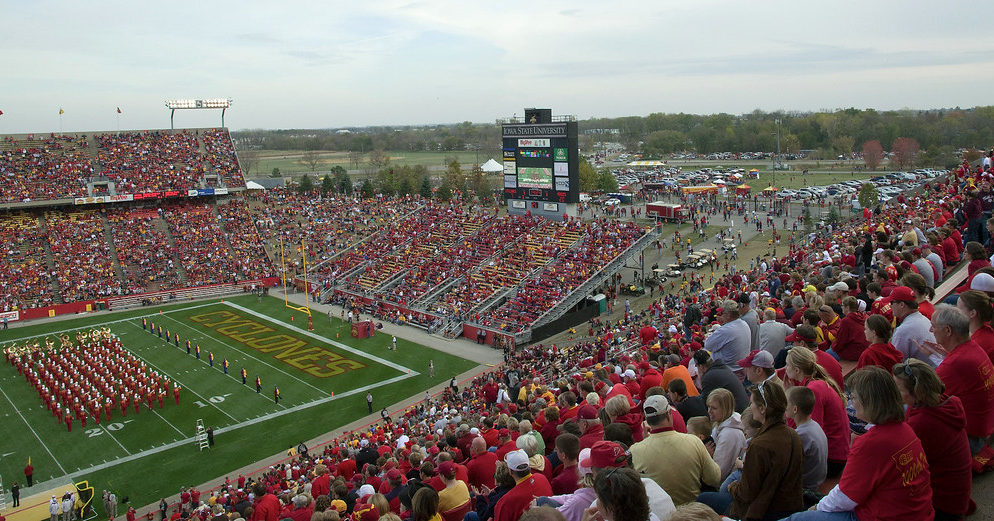 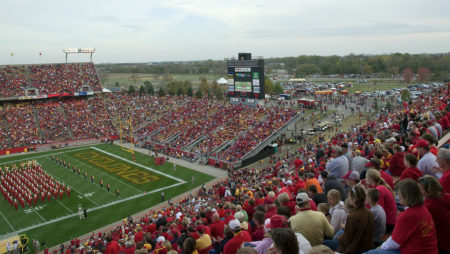 The Iowa State Cyclones had seven wins last season and could be right there again.

The Iowa State Cyclones were viewed as a prime contender for the Big 12 championship one year ago, but their dreams never materialized. The Cyclones fell well short of the Big 12 Championship Game, which was disappointing. They lost a number of close contests, not getting the production from their offense they expected or needed.

Now Iowa State has a number of key players off to the NFL. It is going to be difficult for this program, which has overachieved in recent years, to keep pace. The Big 12 isn't the toughest conference around but it feels like this program is fading a bit.

Let’s take a look at Iowa State heading into 2022 and see what the best futures bet is with this team.

Running back Breece Hall and quarterback Brock Purdy were the central veteran performers on this squad. They enabled Iowa State to make and win its first-ever New Year’s Six bowl game, the Fiesta Bowl, in 2020. They both returned to the team in 2021, which is why Iowa State was viewed as a Big 12 title contender. There was so much promise and optimism in the air.

Now they’re off to the pros, which means the Cyclones have to find replacements for them. Hall and Purdy were good players, but more than that, they spent several years with the program, playing nearly all of the snaps for this team over the past three years. When a program goes through a cycle like that, the replacements enter without having a lot of live snaps under their belts. This is why the mere fact of having to replace Hall and Purdy doesn’t tell the full story about the difficulty of this transition for Iowa State.

Iowa State Will Be Successful If…

The offense can convert a high percentage of third downs. Iowa State will not have an especially potent offense with Purdy and Hall gone. The Cyclones will need to control the ball and the clock in order to win. This is why third-down conversions will be the defining offensive statistic for this team. The Cyclones have to keep their defense fresh and rested. This is the gateway for them to do precisely that.

Iowa State Will Disappoint If…

The defense can’t steal a few wins. The defense will be asked to carry the team and bail out the weaker offense a few times in 2022. Iowa State will need to win a 17-13 or 20-17 game this season. If the Cyclones get into those games and lose them, it could be a really rough year. Iowa State has one of the best defensive coordinators in the country.

Jon Heacock has been a loyal assistant to head coach Matt Campbell. His defensive schemes and his overall adaptability have been widely regarded as the industry standard in the Big 12 alongside Baylor’s Dave Aranda. If Iowa State doesn’t get the most from its defense, its floor as a team becomes much lower.

The One Best Iowa State Cyclones Bet Is…

It’s going to be close, but Iowa State will get enough wins outside the Big 12 Conference to push itself over the total. They'll probably struggle against the spread and NCAAF odds when they start to get into the heart of their conference schedule, though.

Expect Iowa State to go 7-5 this regular season and finish right in and around the range of their win total.