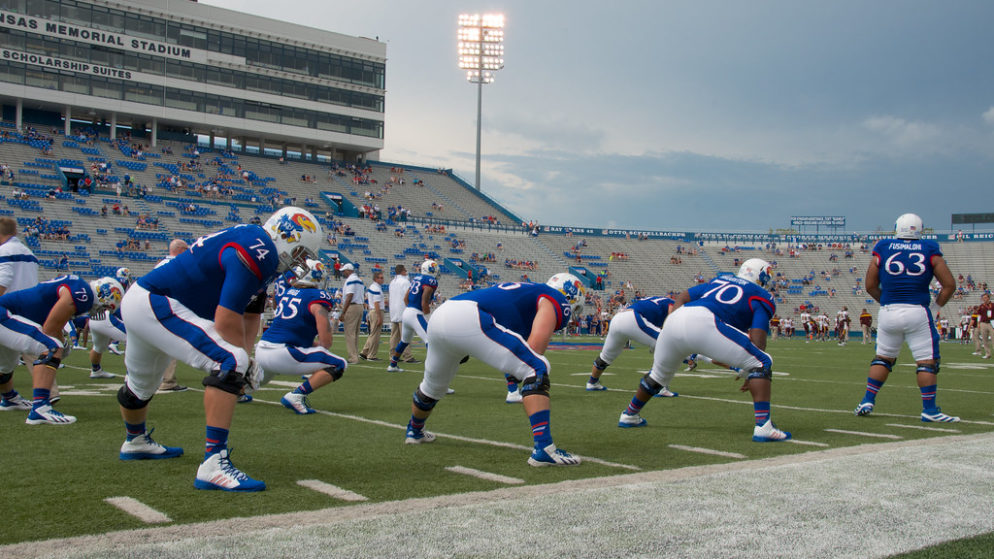 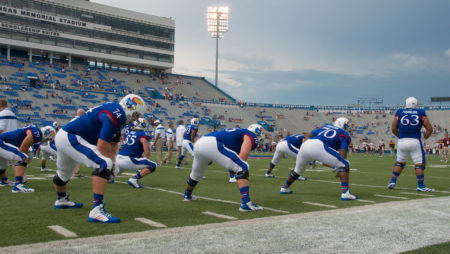 Can the Jayhawks make it to three wins?

The Kansas Jayhawks have the defending national championship team in college basketball, which means that the football program’s struggles are easier to accept in Lawrence. Yet, it’s still a very depressing picture in Lawrence, where Kansas is struggling to gain relevance. Fifteen years ago, Kansas reached No. 2 in the national rankings and won the Orange Bowl.

It now seems impossible for the Jayhawks to regain that kind of standard. They definitely won’t come anywhere close to that level of stature and achievement in 2022, but maybe they can begin to build toward prosperity and relevance this year. It would be a tremendous season if Kansas could win four games this fall.

The Jayhawks have had a lot of seasons in recent years in which they fail to win three games. Progress is relative, but Kansas needs to prove to itself and its fans that progress, even on a smaller scale, is possible.

The regular season win total at BetOnline is 2.5. Can this team get over the number?

Receiver Kwamie Lassiter is gone, but incoming transfers Ky Thomas and Sevion Morrison are running backs who can spice up the offense. Kansas has been such a bad team that any reinforcements, any help whatsoever, will be welcomed with open arms. The Jayhawks are not in a position to be choosy. They have to find value wherever possible.

They have to hit the transfer portal in addition to making gains in recruiting. They have to develop players once they are in the program. The coaching staff has to check boxes on many different levels. Doing one or two things well won’t suffice. This program has to improve across the board in several components of a football program’s operations, both on and off the field.

Kansas Will Be Successful If…

The running game becomes a modest strength. Kansas is not going to have an elite offense in 2022. We can be sure about that because Kansas won’t be elite in any major metric or category this year. Kansas has to become “less bad,” and that means finding ways to minimize weaknesses and make it harder for opponents to exploit them.

The best and most direct way to make it harder for a superior opponent to beat you in football is to control the clock. A team might not score a lot of touchdowns, but by controlling the clock, a team can keep the opponent’s high-powered offense off the field. If Kansas can cultivate a credible running game which can grind out first downs with some degree of consistency, the Jayhawks will be in a better position to steal a few wins.

Kansas Will Disappoint If…

The defense collapses. The offense is not going to be great, so the defense is going to be burdened in most of its games. There will be a lot of difficult Saturdays at the office for this defense. The key will be to not let the bad games bleed into the easier, more winnable games on the schedule. If this defense can play well against the beatable teams on this schedule, everything will work out … but if the defense loses heart, the season could turn into a disaster.

The One Best Kansas Jayhawks Bet Is…

Kansas has picked up some high-value transfers and made some roster adjustments which should lead to at least three wins. Take the over.