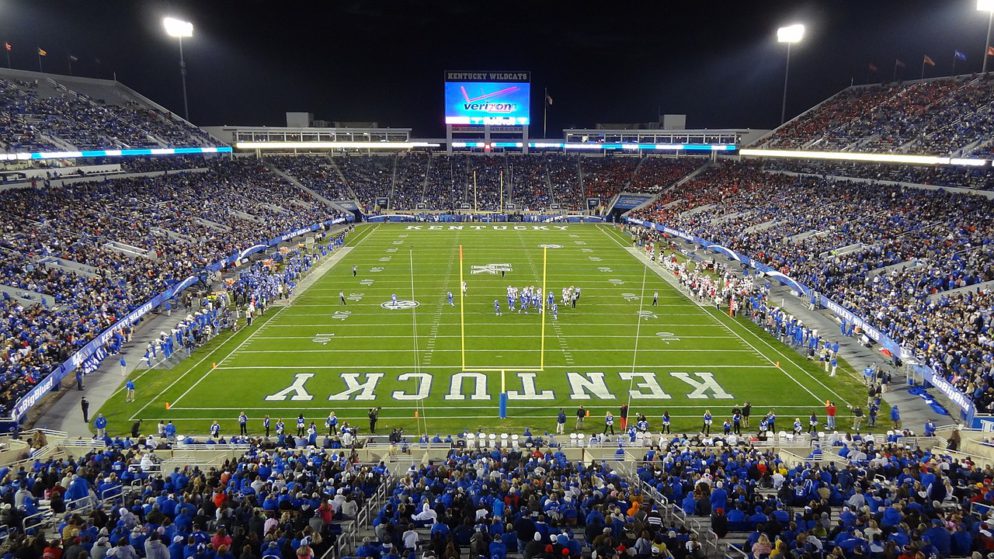 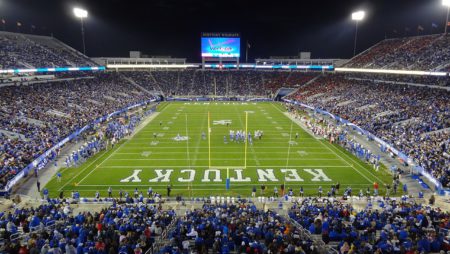 Kentucky should go bowling once again in 2022.

Kentucky Wildcats football has become a surprisingly central part of the college football preseason. In a development few people anticipated, Kentucky football coach Mark Stoops got into a public fight on social media (not with fists) with Kentucky basketball coach John Calipari.

It was Calipari who called Kentucky a basketball school, something no one in college sports would seriously disagree with. Yet, Stoops noted that Kentucky has been winning more postseason games in recent years, referring to Kentucky’s bowl wins over Penn State and Iowa in particular. Kentucky has had some of its better football seasons as a program over the past four years under Stoops.

The basketball team, meanwhile, hasn’t reached the Final Four since 2015, and it was stunned by Saint Peter’s in the first round of March Madness this year. Stoops let Calipari know about that, and the fight was on. Kentucky football is obviously very confident about itself. Let’s see if it backs up the bold attitude with a good season in 2022.

The Wildcats lost junior cornerback Vito Tisdale to a season-ending injury. Kentucky will not have receiver Wan’Dale Robinson, who went to the NFL draft, and Josh Paschal, who also made his way to the pro game at defensive end. Center Luke Fortner also pursued his NFL dream. That’s a varied number of players and positions the Cats have to adjust to.

The good news for UK in terms of offseason changes is that a big horse on the offensive line is coming into the program. Kiyaunta Goodwin is a 6-8, 340-pound five-star recruit at offensive line. He can dominate his one-on-one matchup and make it a lot easier for his teammates to handle blitzes, stunts, and other maneuvers.

The Wildcats have also added Barion Brown, a four-star wide receiver, who will be needed to improve the passing game.

Kentucky Will Be Successful If…

Will Levis has a big year. Levis used to play for Penn State. He is a fast, mobile quarterback, but his downfield passing is not particularly good. If he can make big forward strides as a passer to supplement his scrambling and his short-yardage running, Kentucky’s offense becomes a lot more potent, balanced, and unpredictable. So much can improve for this team if Levis plays really well.

Kentucky Will Disappoint If…

The offensive line doesn’t help Levis. It’s true that Levis can run for first downs when plays break down, but since UK needs Levis to be a good dropback passer, the offensive line needs to give him a clean pocket. If that doesn’t happen, Levis will never develop the rhythm he needs to become a more consistent passer and a complete player for this Kentucky offense.

The One Best Kentucky Wildcats Bet Is…

Kentucky has been so consistent in recent years, and so dependable on defense, that it will be able to win at least eight games. The Wildcats are regularly able to beat South Carolina, Vanderbilt, and Missouri in the SEC East. That and the nonconference games is how UK will collect enough victories.