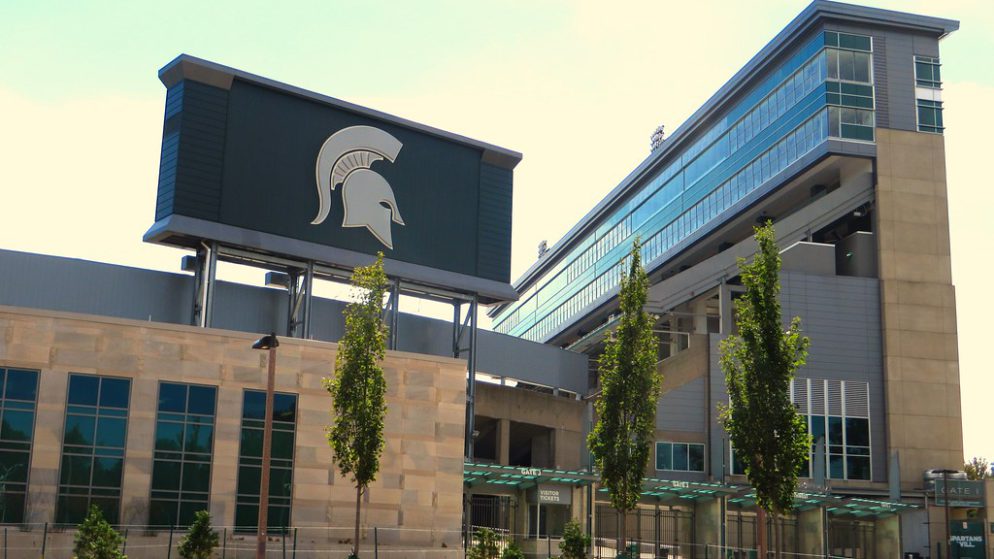 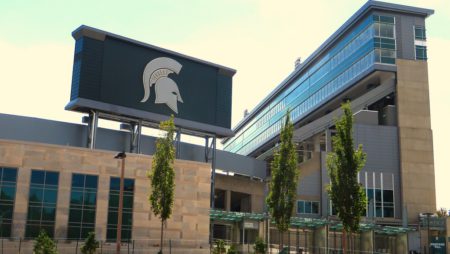 Can Michigan State get over 7.5 wins?

The Michigan State Spartans were not very good in 2020. They were not expected to be anything special in 2021, but they surprised everyone in head coach Mel Tucker’s second season. Michigan State won 11 games, including the Peach Bowl, a New Year’s Six game, wildly surpassing all preseason expectations.

Michigan State was able to beat Michigan in an unexpected shootout, coming from behind to win. The team also beat Penn State in a snowstorm and made late rallies against Nebraska and other opponents. Now we get to see what Michigan State can do for an encore in 2022. Can the Spartans keep this up?

The biggest loss in the program by far is Kenneth Walker. He was a Heisman Trophy contender for much of the season. Many people feel he should have been a Heisman finalist, but he was beaten out by Ohio State quarterback C.J. Stroud.

Walker was the guy who made the Spartans’ offense hum. He gave Michigan State dependability, explosiveness, toughness, and resourcefulness all in one package. Michigan State might be able to replace part of what he brought to the table last year, but he won’t replace all of what he offered.

The Spartans used the transfer portal more than most programs this offseason. Here’s a partial list of the transfers they pulled in:

-linebacker Jacoby Windmon (who had 11.5 sacks at UNLV over the past two seasons)

-running back Jared Broussard from Colorado

-defensive back Ameer Speed from Georgia

You can see a lot of players from top programs and other Power Five programs. It’s a significantly remade roster which coach Mel Tucker will try to fit together.

Michigan State Will Be Successful If…

The passing game becomes more of a strength. Michigan State had to rely so much on Kenneth Walker and the running game last year. That was the personnel the Spartans had to make use of, and they did. Yet, without Walker this year, the running game is not likely to be as dynamic, so the passing game has to play a more central role in the development of the offense and in boosting the fortunes of the team at large.

Every year coaches have to work with the talent they have, and they have to show flexibility in adjusting to different rosters and the styles of play they require. This year’s MSU offense has to have a different run-pass mix compared to 2021.

Michigan State Will Disappoint If…

The secondary does not improve. Michigan State was absolutely shredded by Ohio State’s passing game last year. The Michigan State secondary was a glaring weakness which limited the Spartans’ ceiling and prevented them from winning the Big Ten. Maybe this team won’t win the Big Ten title, but in order to at least be competitive at the top tier of the Big Ten, the secondary has to get noticeably better – not slightly, but dramatically.

The One Best Michigan State Spartans Bet Is…

There are so many reworked pieces in this lineup from 2021, and Kenneth Walker carried so much of the load for this team, that the Big Ten looks very threatening in 2022.

Michigan State will have to do some things (such as secondary play) a lot better just to maintain its place. That’s going to be hard, and it seems that the Spartans are going to regress more than most teams in 2022.