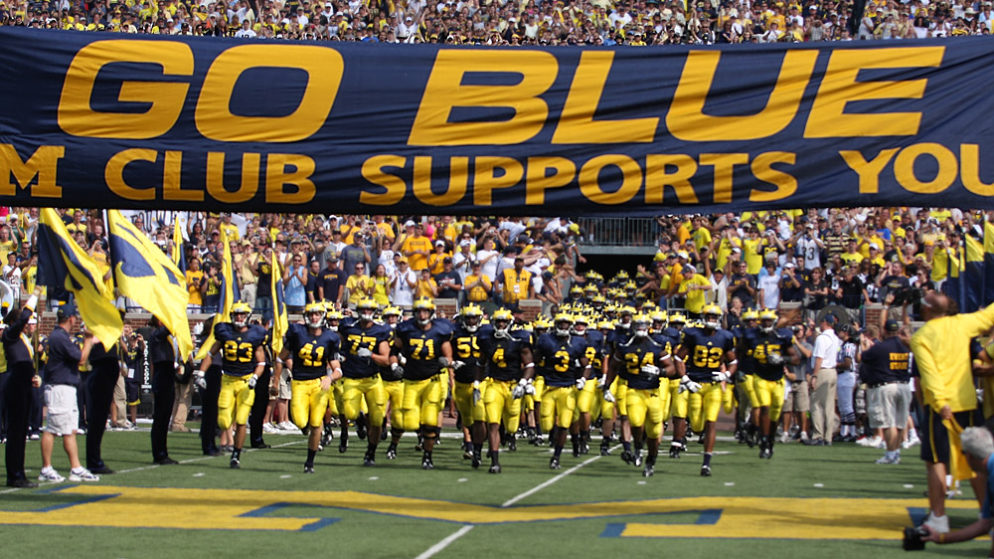 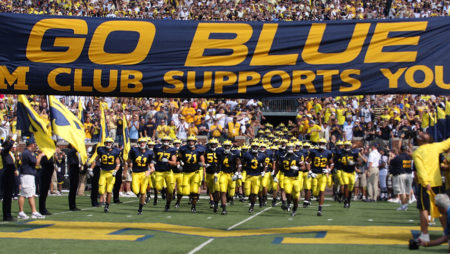 Are the Wolverines en route to a second straight Big Ten title?

They finally did it. The Michigan Wolverines finally beat the Ohio State Buckeyes, something they hadn’t done in 10 years, to finally win the Big Ten East Division championship for the first time. Michigan finally reached and won the Big Ten Championship Game, something it had never done before.

Michigan finally made the College Football Playoff. Michigan finally did what it was expected to do under coach Jim Harbaugh. The Wolverines got tougher up front, and they smacked around Ohio State in the trenches to get the monkey off Harbaugh’s back.

This was a huge burden for Harbaugh and the program. Now that they have solved the puzzle, will they play with less pressure in 2022, or will they feel uniquely burdened to live up to last year? Will the program continue to move forward, or will it regress?

The Wolverines lost an offensive lineman and got one back. The one they lost was Chuck Filiaga, who had made 39 career appearances for the school. He transferred within the Big Ten to the Minnesota Golden Gophers. The lineman the Wolverines got back was Victor Oluwatimi, who transferred from Virginia. The Wolverines hope they don’t lose anything in this particular tradeoff, because they did lose three other very important pieces from their 2021 staff and roster.

Michigan lost two very important coaches from 2021. Josh Gattis was the offensive coordinator who did a very good job with quarterback Cade McNamara, getting a lot of production out of an offense which didn’t seem to have a lot of upside heading into the season. Michigan didn’t have an elite offense, but it played well in big games and big moments, and it certainly did enough to help the defense win games.

The other key assistant coach who left Jim Harbaugh is Shaun Nua, the defensive line coach who went to USC to join Lincoln Riley. Nua was so important because he developed the elite player Michigan lost to the NFL: Aidan Hutchinson, the No. 2 pick in the 2022 NFL draft who was the runner-up in the Heisman Trophy voting to eventual winner Bryce Young of Alabama. No Gattis, no Nua, and no Hutchinson represent three very big losses for Harbaugh entering the new season.

Michigan Will Be Successful If…

Cade McNamara and the offense can find a new layer of potency. This offense did what it had to do last season, but last season’s defense had Aidan Hutchinson. Without Hutch, Michigan’s offense has to carry more of the workload for this team. The defense can’t be expected to do as much. If Michigan replicates last year’s production, it won’t be as successful this year. Michigan has to exceed last year’s production and take it to a new level.

Michigan Will Disappoint If…

The pass rush craters without Hutchinson. Aidan Hutchinson was, for many, the best player in college football and the man who should have won the Heisman. Without him, it will be fascinating to see if Michigan can maintain the standard it set on the defensive side of the ball, especially when it plays Ohio State later in the season. If the pass rush is profoundly worse, this team is in real trouble.

The One Best Michigan Wolverines Bet Is…

Michigan has to play Ohio State on the road. The Buckeyes will be supremely motivated after losing to Michigan last year. It’s very doubtful the Wolverines can beat OSU two years in a row.

Pick: Against Michigan to win the Big Ten championship