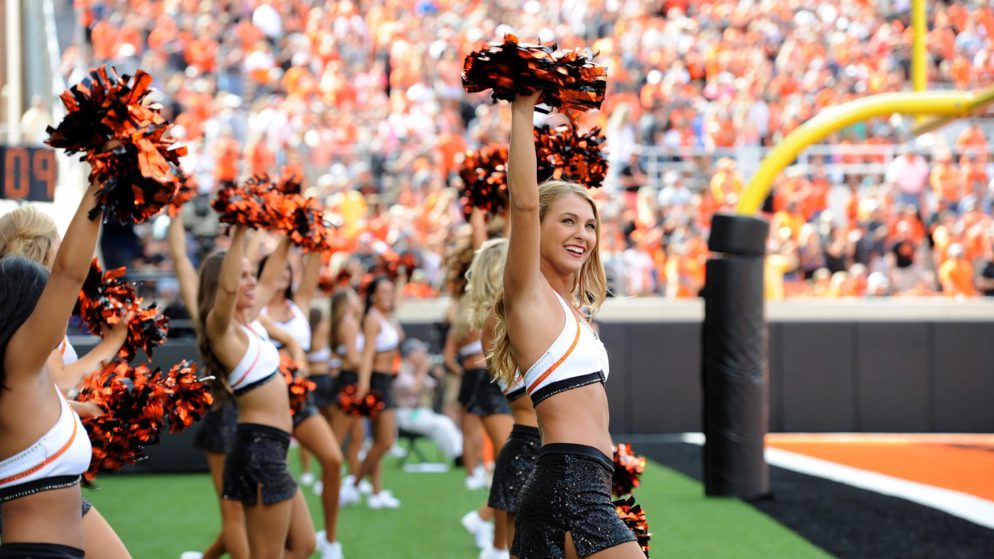 The Oklahoma State Cowboys came so close to winning the Big 12 championship last season. They had several chances near the goal line against the Baylor Bears at the end of the Big 12 Championship Game, but they couldn’t punch the ball in.

The Cowboys could have sulked and pouted after absorbing that wrenching defeat, but they got off the canvas and defeated Notre Dame in the Fiesta Bowl. Now they will try to regroup and make another run at the Big 12 title.

Coach Mike Gundy has done a really good job at Oklahoma State. Winning one more Big 12 championship would cement his legacy as an excellent Oklahoma State coach. However, the general feeling is that this team simply isn't as good as last year's.

Can the Pokes contend for a Big 12 Championship again or are they set to take a step back?

Receiver Tay Martin and Jaylen Warren were great last year, but they’re now gone. Their college careers ran their course. Quarterback Spencer Sanders is coming back for the 2022 season, but he will have to establish relationships with new sets of skill position players, especially the receiver on the roster. How Sanders and the receivers mesh will play a big role in shaping the season for this team.

The other really big change for this team is that Jim Knowles, the defensive coordinator who did such an outstanding job with the Cowboys in 2021, left to become defensive coordinator at Ohio State. Knowles was creative and aggressive with his defensive schemes. He gave Lincoln Riley and Oklahoma a lot of problems; Oklahoma State’s defense dominated the second half of that game against the Sooners, enabling the Cowboys to advance to the Big 12 Championship Game.

Not having Knowles is by far the biggest loss for the Oklahoma State program. Losing Knowles, a coach, is a bigger loss than any player who left for the NFL.

Oklahoma State Will Be Successful If…

Spencer Sanders makes better decisions. Sanders made some head-scratching mistakes against Baylor in the Big 12 title game. He has some natural ability, but he committed far too many important mistakes for the Cowboys last season. It’s not as though Sanders has to make tons of big plays.

With a good defense on the Cowboys’ roster, Sanders doesn’t have to be the hero all the time. The main thing for him is to minimize crippling mistakes, but they bit him in the backside against Baylor. If Sanders exhibits more discipline and prudence, Oklahoma State should be a very good team this year.

Oklahoma State Will Disappoint If…

The defense falls off a cliff without Jim Knowles. Oklahoma State gained so much from its defense under Knowles. The Cowboys forced a lot of turnovers and made a lot of high-impact havoc plays.

The Cowboys aren’t expected to be exactly as good as they were on defense last season, but that’s okay. As long as they are reasonably close to the 2021 standard, they’ll be in good shape. The big worry is if they substantially regress. Then this team is in real trouble.

The One Best Oklahoma State Cowboys Bet Is…

Taking a look at the schedule, Oklahoma State plays Arizona State out of conference. With a soft out-of-conference itinerary, they should stack up wins in September. That's likely going to be enough to give them a nine-win season, so go with the over.