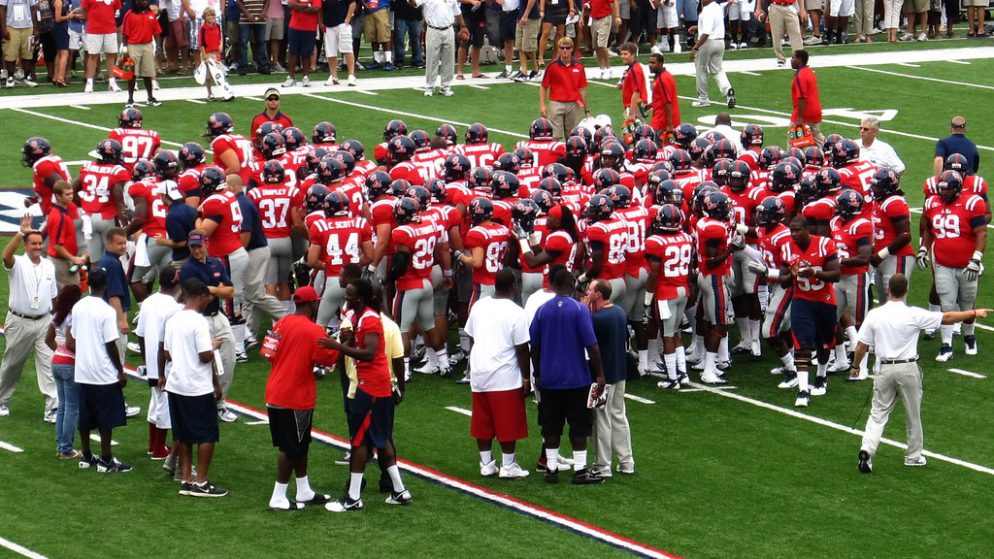 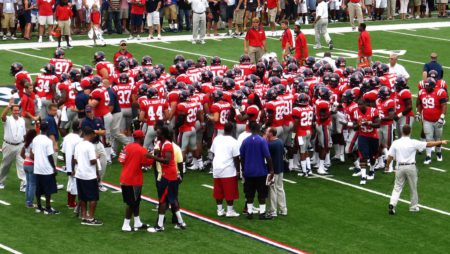 Can the Ole Miss Rebels get over 7.5 wins?

The Ole Miss Rebels had a powerhouse program under former coach Hugh Freeze several years ago, but when Freeze left in disgrace after numerous scandals, the Rebels had to start over. While the Rebels were rebuilding, Lane Kiffin was rebuilding his coaching career. He failed as a head coach at Tennessee and USC.

He spent time learning the ropes under Nick Saban by serving as Saban’s offensive coordinator at Alabama. Then he restarted his coaching career by going to Florida Atlantic and the Group of Five. Kiffin had success. He began to realize what it took to be a leader of young athletes. He wasn’t coaching at a big school. He went to a smaller institution and developed better skills. Then, when the time was right, he returned to the spotlight at Ole Miss. He studied, he did his homework, and last year, the work paid off with a double-digit-win season and a trip to the Sugar Bowl. Ole Miss – and Lane Kiffin – became relevant again. Now Kiffin tries to follow last year’s special season with another productive year.

Matt Corral, the star quarterback Kiffin developed and improved over the course of 2021, and who made a run at the Heisman Trophy before falling short, went to the NFL. Coming in to replace him is USC transfer quarterback Jaxson Dart, who will battle Luke Altmyer (who played in the Sugar Bowl after a Corral injury) for the starting quarterback job. Jaxson Dart is joined by one of his USC teammates, tight end Michael Trigg.

The other really big changes for Ole Miss are on the coaching staff. Offensive coordinator Jeff Lebby went to Oklahoma to become offensive coordinator under new Sooner head coach Brent Venables. Defensive coordinator D.J. Durkin went to a rival school in the SEC West Division, going to Texas A&M and head coach Jimbo Fisher. Kiffin has had to replace both coordinators. He will need to get great performances this season in order to maintain the high standard he has set in Oxford.

Ole Miss Will Be Successful If…

The offensive line is a strength of the team. Dart or Altmyer, whoever emerges as the starting quarterback, has to get top-level pass protection in order to feel comfortable and settle into the season. If the Rebels can get strong line play, the other pieces of their offense can fall neatly into place, and the work of being an offensive coordinator will be easier for Charlie Weis, Jr., whom Kiffin hired to be on his staff.

Ole Miss Will Disappoint If…

The defense falls off the pace from last year. The Ole Miss defense wasn’t dominant in 2021, and it struggled in a few games, but there were times when the offense was laboring and the defense needed to keep a game close, and did the job. Lane Kiffin teams at USC were soft, but his 2021 Ole Miss team was tough, and it started with his defense. If that same rugged quality emerges in this team, it can compete for a New Year’s Day bowl bid, but if not, forget about it.

The One Best Ole Miss Rebels Bet Is…

The Rebels won’t be as good as they were last year, but they don’t have to be in order to cover this number. They’re decent on defense and they’re competent on offense. They won’t beat Alabama, but they will win the games they are supposed to win, which should mean an 8-4 record.