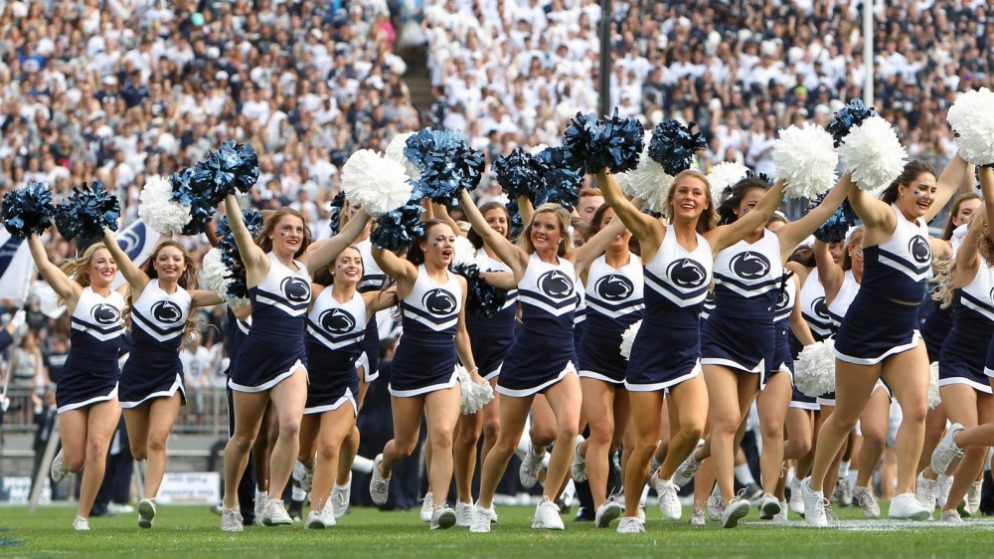 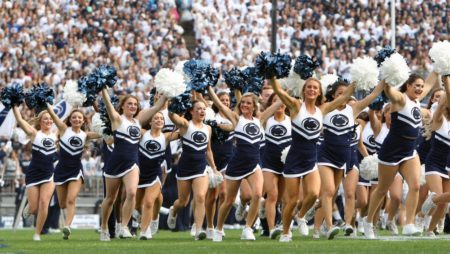 Can the Penn State Nittany Lions surprise to the upside this year?

The Penn State Nittany Lions were a top-five team last year, but then quarterback Sean Clifford got injured in a huge game against fellow top-five team Iowa. The Nittany Lions started well in that game but were not the same after the Clifford injury. They lost, and that began a downward spiral which took them out of the running not only for the Big Ten championship, but also a New Year’s Six bowl game.

The offensive line was awful, the offense broke down, and the defense, which played well, became exhausted because it had to carry too much of the workload. It is clear what this team needs to work on in 2022, so that it can challenge Ohio State and Michigan in the Big Ten East Division. Coach James Franklin, who was in the rumor mill for the open jobs at USC and LSU, stayed at Penn State. It is up to him to get this ship turned around in the coming weeks.

Defensive coordinator Brent Pry took the open head coaching job at Virginia Tech. Pry did an excellent job for Franklin on the Penn State staff, so that is a notable loss. The defense was not the problem at Penn State the past few seasons. Pry had that defense ready to play on a consistent basis.

He gives way to Manny Diaz, who was fired as the head coach at the University of Miami. Diaz had worked as a defensive coordinator at Texas and Mississippi State before going to Miami. He has had generally solid results but is not an elite coordinator. Penn State might need him to raise his game if the Nittany Lions are going to challenge defending Big Ten champion Michigan and annual power Ohio State for the conference championship.

Penn State Will Be Successful If…

The offensive line makes a real breakthrough. The PSU offensive line was shredded last season. It couldn’t protect Sean Clifford in the passing game, and it didn’t do enough in the running game to make the passing game more effective. We saw Penn State slide into a lot of predictable passing situations on third downs. Opposing defenses were able to rear back and rush Clifford consistently.

The Nittany Lions have to get into manageable third-down situations this year in which Clifford isn’t always under the gun. If Penn State’s offense can be balanced and unpredictable, the Nittany Lions should score enough each game, and control the ball enough each game, to help the defense and give that side of the ball a lot more rest within games. That’s crucial to this team’s success.

Penn State Will Disappoint If…

Sean Clifford can’t take the next step in his development. Clifford will enter his fourth season at Penn State. He has been a fixture at quarterback for this program and has played in a lot of games. No one questions his experience.

He is also a terrific runner on planned draws and on improvised plays when the pocket breaks down. His downfield passing, however, needs a lot of work. If Clifford can improve as a vertical passer, Penn State can rise and thrive in the Big Ten. If we don’t see any real evolution in his game, however, the Nittany Lions will be in trouble.

The One Best Penn State Nittany Lions Bet Is…

Penn State has a better defense than Purdue, and the Boilermakers lose key receiver David Bell. The Purdue offense will not be good enough or polished enough to solve the Nittany Lions. Take Penn State.