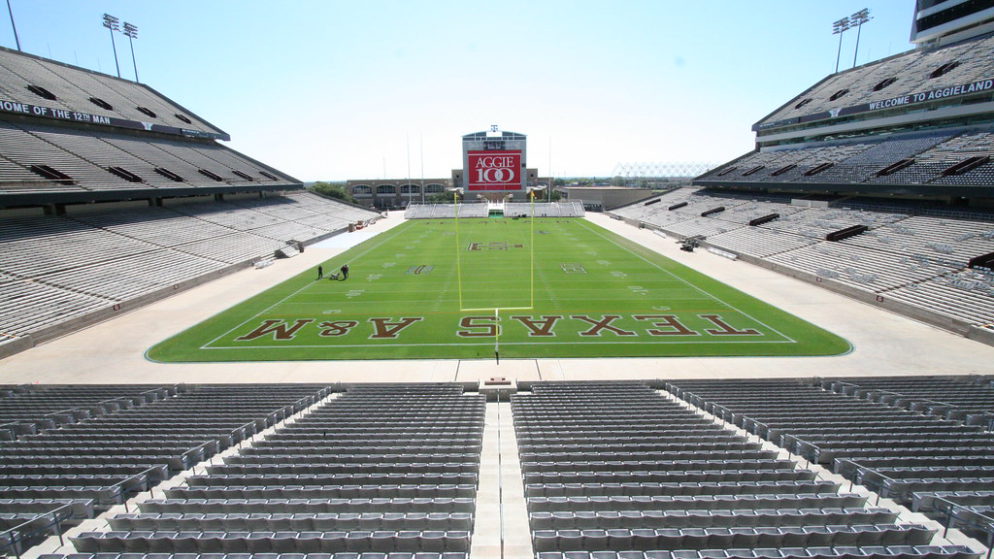 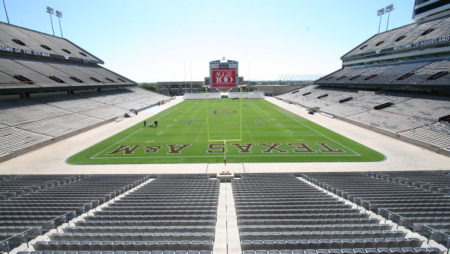 Can the Texas A&M Aggies compete with Alabama and Georgia for an SEC Championship?

The Texas A&M Aggies are trying to topple the Alabama Crimson Tide in the SEC West. This was always coach Jimbo Fisher’s goal since he took the job in College Station. Fisher used to be Nick Saban’s offensive coordinator at LSU, and he won a national championship under Saban. Then he won a national title as a head coach at Florida State in 2013. Now he wants to succeed in the SEC as a head coach

. He has to go through Alabama to reach all his goals and live up to the massive salary he makes as A&M’s boss. In the offseason, Fisher got into a very heated war of words with Saban about recruiting in the modern era of college football (among other topics). Beating Saban always mattered, but now it’s a lot more personal than it previously was. Can Fisher and A&M take the next step and climb past Alabama?

A&M beat Alabama head-to-head last year, but only after losing two games. Alabama still won the SEC West, still won the SEC championship, and still reached the College Football Playoff National Championship Game. What can A&M do to bump the Tide off their perch?

Zach Calzada, the backup quarterback who became the team’s 2021 starter when QB1 Haynes King got hurt, transferred to Auburn. King will be the starting quarterback for this team. It will be fascinating to see what King is able to achieve in 2022.

Meanwhile, Fisher landed the nation’s No. 1 recruiting class at Texas A&M, beating out both Saban (Alabama) and national champion head coach Kirby Smart (Georgia). Alabama and Georgia met in the SEC Championship Game and the national championship game last season. Texas A&M will likely have to beat both teams to make the playoff and play for the national title. Out-recruiting both schools is certainly a good start for Fisher.

Texas A&M Will Be Successful If…

The quarterback spot delivers significant production. Maybe the A&M quarterback doesn’t have to be spectacular, but King certainly has to be very, very good at a bare minimum. The Aggies suffered a lot on offense in September of last season before finally improving in October. This offense can’t have too many off nights. This team has to get high-level production from its offense on a very consistent basis. It starts at the quarterback spot, since Fisher has a complicated scheme and requires his field general to make all the right adjustments in the heat of battle.

Texas A&M Will Disappoint If…

The change at defensive coordinator blows up in Fisher’s face. D.J. Durkin is a disgraced former head coach. He oversaw negligent practices at the University of Maryland which led to the death of a player under his watch. It was bad enough that Ole Miss (Lane Kiffin) hired him as a coordinator. Fisher chose Durkin as the replacement for Mike Elko, which most people would regard as a downgrade. If it turns out to be a downgrade, A&M is in huge trouble.

The One Best Texas A&M Aggies Bet Is…

A&M has to win at Alabama and then beat Georgia in the SEC Championship Game. That will not happen. Don’t be lured in by the price.

Pick: Against Texas A&M to win the SEC championship