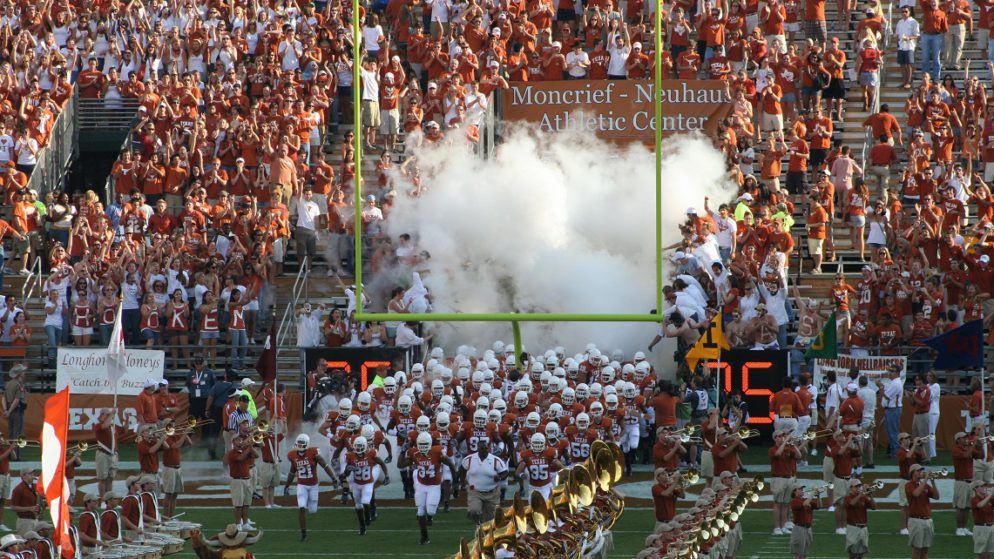 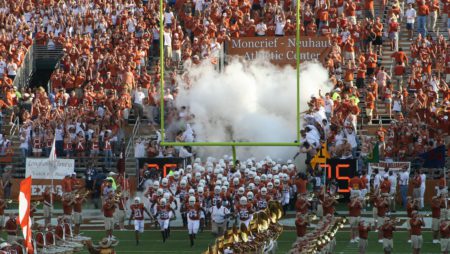 Is Texas ready to contend for the Big 12 title?

The Texas Longhorns suffered through a brutal 2021 season under first-year head coach Steve Sarkisian. The Longhorns continued to linger in mediocrity and misery, something they have done for the last eight years. The Mack Brown era ended with a thud. Then, subsequent coaches have failed to find the magic touch and get this proud program turned around. Charlie Strong couldn’t find the answers at Texas. Then Tom Herman got his chance, and he fell flat on his face as well.

Sarkisian was the national championship-winning offensive coordinator for Nick Saban at Alabama in 2020. He ran into alcoholism when he was head coach at USC in 2014 and 2015. He sobered up and was viewed as a coach who had earned a fresh chance to do something. Yet, his first season at Texas was a 5-7 flop. Will anything meaningfully change in 2022? The locals in Austin sure hope so.

Sarkisian has recruited really well, but a Texas fan base which has suffered through many years of mediocre football is still waiting to see if the coaching staff can develop players and turn them into high-level talents who produce for the Longhorns.

The biggest, highest-profile recruit Sark has brought to Texas is Quinn Ewers, a highly-regarded quarterback prospect who offers the promise of being able to raise the ceiling of this program. If Ewers is the real deal, and if Sarkisian can work well with him, the Texas offense could take off, and the Longhorns could finally return to relevance in the college football world. New faces, not the old ones (with one exception), will be expected to carry the freight for Texas.

Texas Will Be Successful If…

The offensive line can step up. The quarterbacks and the running backs and wide receivers naturally get a lot of attention, but they won’t maximize their abilities if the offensive line doesn’t perform. Texas has had a deficient offensive line in recent years, including last year.

Teams such as Arkansas and Baylor were able to bully the Longhorns up front, causing Texas’ offense to crumble under pressure. If the Horns’ offensive line doesn’t make a dramatic improvement this season, the Longhorns’ ceiling will remain fairly limited. Getting a dynamic offensive line is the single biggest way in which Texas can create a much brighter future for itself.

Texas Will Disappoint If…

The defense doesn’t make big upgrades in the pass rush and downfield pass defense. The Longhorns were humiliated last year in a shootout loss to Kansas. That game exposed how soft the Texas defense truly was, and how vulnerable it was to various lines of attack from opposing offensive coordinators.

Texas has to take several steps forward in terms of its pass rush and its performance in the secondary. Reducing the size and frequency of big offensive plays must be a central focus for the Longhorns on defense in 2022.

The One Best Texas Longhorns Bet Is…

Texas has the big brand name, but this has been a subpar program for a long time. Texas might not even finish in the top four of the Big 12, let alone the top two. This is an easy bet to go against. And you might consider going under their regular season win total at BetOnline (read the BetOnline review here) as this team simply isn't ready to meet the lofty expectations.