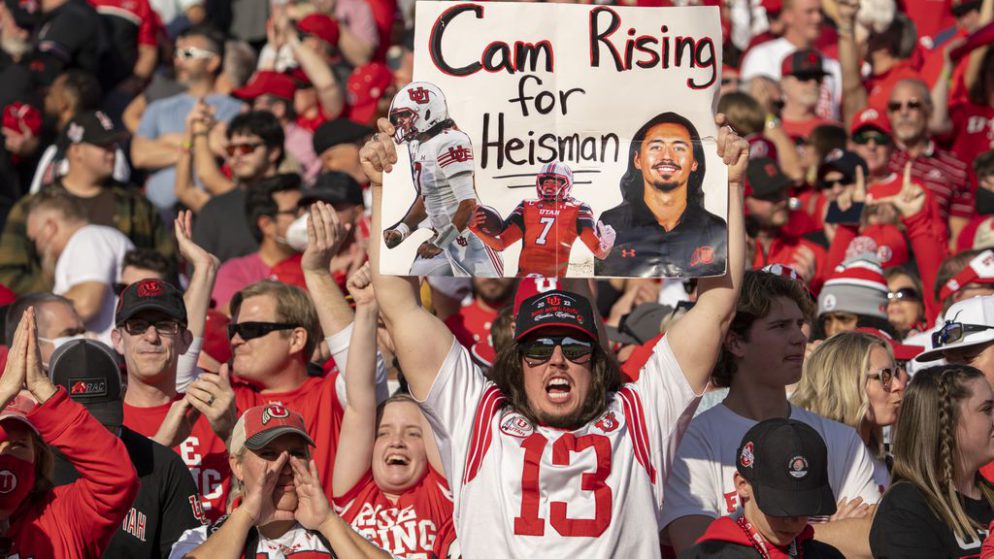 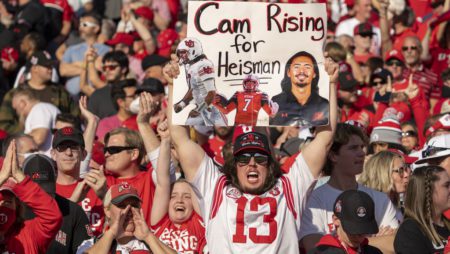 The Utah Utes fulfilled their long-term ambitions last year. After losing the Pac-12 Championship Game in both the 2018 and 2019 seasons, the Utes broke through and took the final step in the 2021 season, winning the Pac-12 title game against the Oregon Ducks.

Coach Kyle Whittingham achieved the goal he had long pursued: making the program’s first-ever Rose Bowl appearance. Utah had finally arrived at the big time. The Utes stamped themselves as an elite force in college football.

Now, as the scene turns to 2022, the question is if the Utes can take their program to the next level – not just elite, but the very top of the mountain with a berth in the College Football Playoff. It won’t be easy, but neither was making the Rose Bowl last year.

Can Utah take one more step and give the Pac-12 Conference its first playoff berth since the 2016 season? We’ll soon find out what this team is made of.

So many key players are returning for Utah this year, which is precisely why Utah is considered a College Football Playoff contender. However, one key player who is gone is linebacker Devin Lloyd. He flew across the field and made a ton of high-impact players for the Utes’ defense. He was versatile, dependable, and dynamic.

He was so good last year that he was able to become a first-round NFL draft pick. He is a great player when viewed in isolation, but he was also a leader and a communicator on the Utah defense. Having someone to replace his production might be realistic, but it’s going to be so much harder to get his leadership and his presence on the field. That will be more difficult to match, and it could be the reason this year’s Utah defense doesn’t measure up to the 2021 defense.

Utah Will Be Successful If…

The secondary is able to play at a reasonably high level. The Utah secondary was injured and badly depleted in the Rose Bowl against Ohio State. OSU receiver Jaxon Smith-Njigba produced an unthinkable 347 receiving yards in that game.

Utah needs its full secondary to deliver the goods this year, especially when it goes up against the USC Trojans and their Lincoln Riley-powered offense led by quarterback Caleb Williams. If the Utes can be strong in the back line of their defense, their front line should be able to take care of the rest.

Utah Will Disappoint If…

Cam Rising doesn’t improve upon his 2021 season. Rising is a very good quarterback, but in 2021, he faced Oregon’s Anthony Brown in the Pac-12 Championship Game. That was easy pickings for Rising. In 2022, Caleb Williams of USC presents a much stiffer challenge as an opposing quarterback.

Rising will need to win a quarterback duel with Williams. That means he has to be a lot better this year than he was last year. If he can’t measure up, Utah won’t measure up, either.

The One Best Utah Utes Bet Is…

The Utes are a seasoned team with proven players at important positions. Florida is not. It’s that simple. Utah should be able to win, even though it must go on the road and open its season in an SEC environment.

A number of the other Utah bets on the board might be tricky. However, a play on the spread or moneyline in Week 1 makes the most sense.