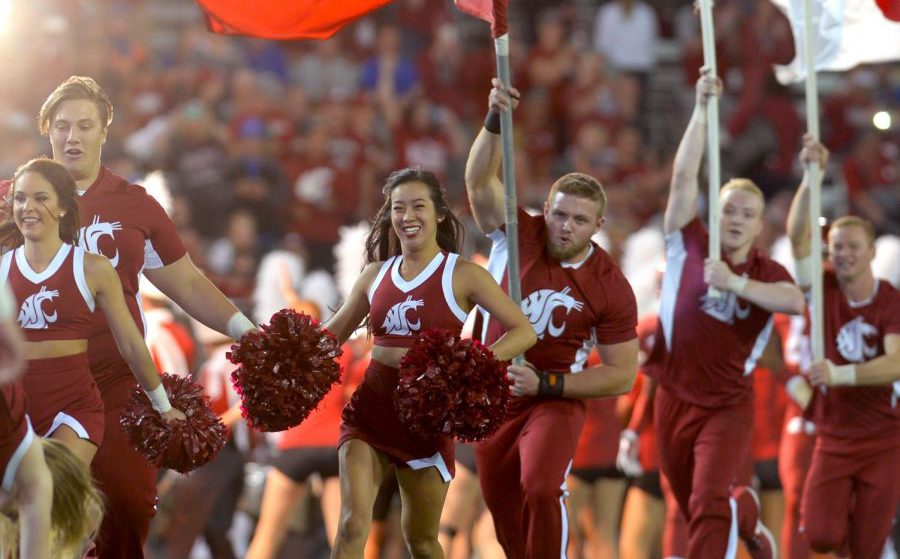 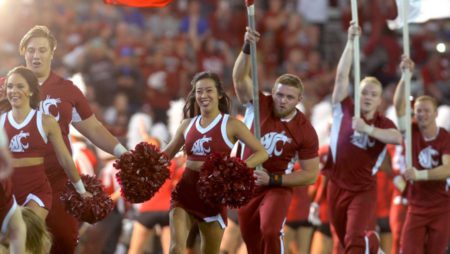 Are the Cougars worth a flier to win the Pac-12?

The Washington State Cougars had one of the most fascinating seasons among all Pac-12 teams in 2021. Their coach was fired midway through the season, but not for losing games. Washington State actually had a winning team which was doing well

. However, coach Nick Rolovich refused to take the COVID-19 vaccine, something Washington State University required of its employees. Rolovich and three of his assistants were terminated. Into this weird and unprecedented situation stepped Jake Dickert, the interim coach of the team. Everyone wondered if the team was going to fall apart in the midst of this whirlwind of controversy, or rally together and make something of its season.

The Cougars got the right answer from Dickert, who did a very strong job with the team in the second half of the campaign. Washington State won the big Apple Cup rivalry game against Washington on the road in Seattle. That achievement sold the Cougars on Dickert, who turned his interim tag into a job as permanent head coach. Now Dickert has a new-look team on his hands. It will be fascinating to see what he will do.

Jayden de Laura was the starting quarterback for the team last year, but he transferred out and went to another Pac-12 program, the Arizona Wildcats. De Laura grew frustrated with his situation in Washington State’s ugly bowl loss to Central Michigan. Clearly, that frustration was a lot deeper than people outside the program ever knew.

Replacing de Laura is Cam Ward, a highly talented passer who is generating a lot of excitement in Pullman. If Ward is as good as the hype suggests he is, Washington State can realistically finish in the top four or five of the Pac-12. Ward is one of the most fascinating and intriguing players in the whole country for 2022. All eyes will be on him this season.

Washington State Will Be Successful If…

The receivers and offensive line can help Cam Ward. The quarterback is the leader of the offense, but he needs pass protection and dynamic playmaking from his receivers in order to put all the pieces of the puzzle together. Washington State lost a few important offensive linemen from last year’s group.

Getting enough quality from the offensive front to help Cam Ward is absolutely central to a good season for Washington State. The receivers also have to do their part. They will need to make some plays on 50-50 balls if Ward is consistently pressured and has to make difficult plays over the course of the year.

Washington State Will Disappoint If…

The defense isn’t tremendous. Jake Dickert is a solid defensive coach. He was the defensive coordinator of last year’s team before he ascended to head coach upon Rolovich’s dismissal. Washington State has to lead with it defense and set a high standard so that Cam Ward and the offense don’t have to score 35 points per game to win.

The One Best Washington State Cougars Bet Is…

Don’t bet a lot on this one, but Oregon and USC could falter and open up the door for the Cougars. Washington State could play Utah for the conference title. They're at +4000 at BetOnline (can read the BetOnline review here), so maybe they pull this off? This is worth a little sprinkle as a longshot.