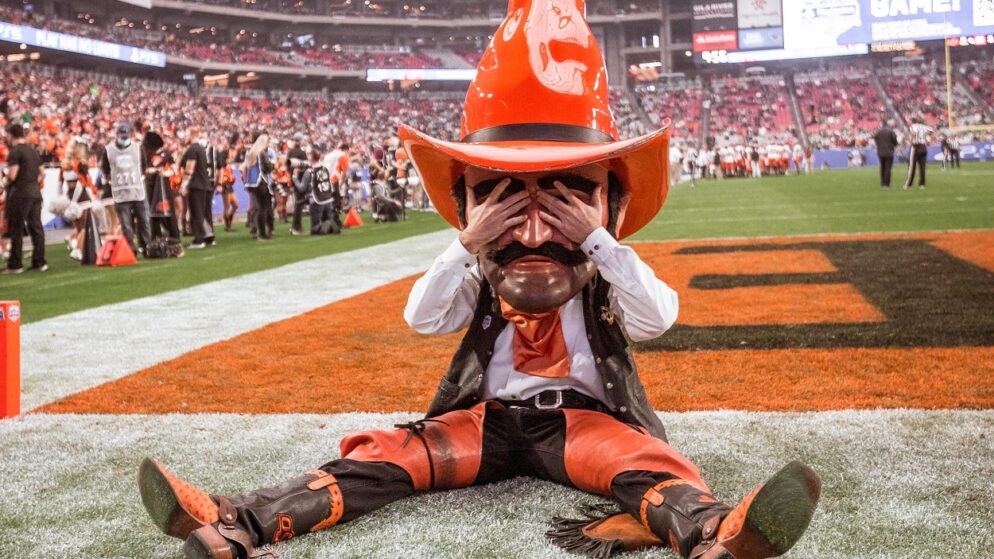 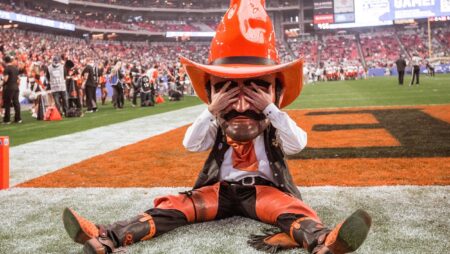 The Cowboys are moving on without Spencer Sanders.

The 2022 Guaranteed Rate Bowl (formerly the Cactus Bowl) is one of the most difficult bowl games to predict this season. If you really want to make a pick on this game, you will have to drill deep and study these rosters and examine the matchups involved. There are a lot of uncertainties attached to these teams, and we will be sure to mention the main ones.

The Badgers are 2-3 away from home this season, 1-4 against the point spread.

The Cowboys are 1-4 straight up away from home this season, 2-3 against the spread.

The Wisconsin Badgers fired coach Paul Chryst earlier this season after a terrible start. Many people felt the move was abrupt and harsh, given that Chryst had led Wisconsin to multiple Big Ten Championship Game appearances, multiple New Year’s Six bowl victories, and the 2020 Rose Bowl game. Chryst piled up a lot of accomplishments in his time at Wisconsin, and he – like every other coach – had to deal with the disruptions of the pandemic. However, Wisconsin didn’t show much of any leniency. It insisted on the need for a better coach and fired him in the middle of the season.

Wisconsin’s defense was fine, but the offense was a mess. Quarterback Graham Mertz, who had quarterbacked the team since the 2020 season, could not get into a groove. Chryst and his staff could not find a scheme or a formula which could unlock Mertz’s potential. Jim Leonhard became the new interim head coach for Wisconsin, and many people felt he would get the permanent head coaching job at the end of the season. However, Wisconsin did not see progress on offense with Mertz under center. Leonhard did not get the job.

Luke Fickell, the coach at Cincinnati, was hired. Leonhard did agree to help Wisconsin with bowl preparation before he looks for a different job. As for Graham Mertz, he has entered the transfer portal, so he is not playing for Wisconsin in this game.

The Cowboys were doing well this season, but then quarterback Spencer Sanders got injured. Without Sanders, Oklahoma State did not have much of a chance. The Cowboys lost four of their last five games this season. In their last two losses to Oklahoma and West Virginia, their defense held the opposition under 30 points, but the offense – lacking its field general – could not score.

Spencer Sanders has also entered the transfer portal, so this is a matchup of two teams which do not have their original Week 1 starting quarterbacks. That’s why this game is so utterly difficult to predict. The only slight advantage Oklahoma State might have is that it played more games in the regular season without Sanders than Wisconsin did without Mertz, but that might not mean too much, given that Jim Leonhard is staying with Wisconsin’s staff for this one game.