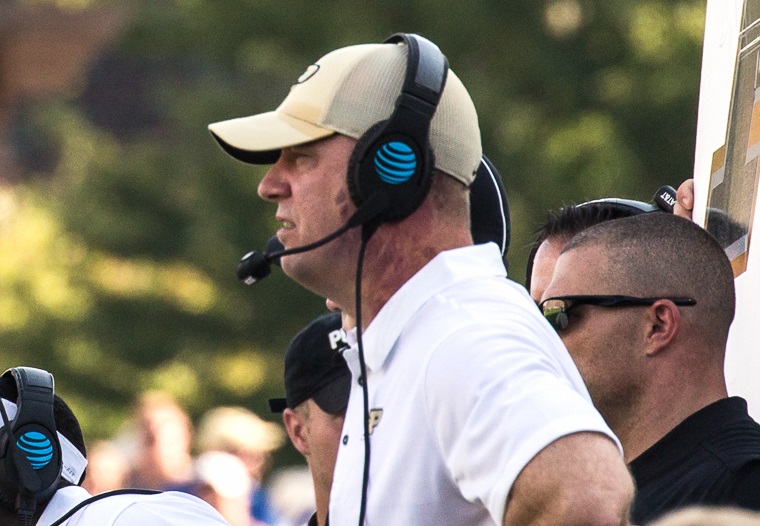 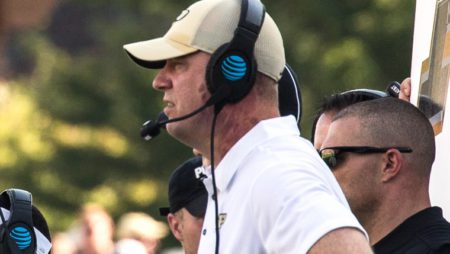 Can Jeff Brohm and company earn a small upset?

The Big Ten Conference is still in nonconference play this week, before it will shift into conference games in Week 4. Let’s look at some of the more interesting games in the conference in Week 3.

Last year, Penn State hosted Auburn and defeated the Tigers in Pennsylvania. Now the Nittany Lions travel to the Deep South to return the favor in this two-year home-and-home series. Penn State barely escaped Purdue in Week 1. The Nittany Lions have not yet solved their problems on the offensive line.

They will need a strong effort from that position group if they are going to beat an Auburn team which has some speed but has not developed its line play to the standard it needs. Penn State is the better team, but Auburn might be more desperate, since head coach Bryan Harsin is very much on the hot seat this year and needs big results to keep the wolves at bay.

It’s a very tough game to pick, but in the end, Auburn’s flaws might be greater than Penn State’s. That could be the difference.

This is a fascinating game. Syracuse is off to a 2-0 start, which is better than just about everyone expected. Syracuse surprised Louisville in Week 1 of the season.

The shock was less that Syracuse won (though that was obviously an eye-grabber), but more that the Orange dominated the Cardinal and held them to only seven points. Syracuse has shown a physical identity so far this season. The Orange are relying on running back Sean Tucker (48 carries in two games) to lead their offense. They want to grind the clock and control the ball.

Purdue is the opposite of Syracuse. The Boilermakers have thrown close to 80 passes in the first two games of the season. Quarterback Aidan O’Connell is relied upon to distribute the ball to a group of wide receivers who share the workload and try to keep defenses spread out.

It’s a real contrast of styles in this game, and since Purdue has already lost, this is really important for the Boilermakers’ bowl hopes in 2022. Give Purdue the slight edge.

This is a very interesting game because the line opened at Michigan State minus three points, only for Washington to become a favorite of almost four points. That’s a lot of line movement and a lot of money on Washington. What are people seeing here? They realize that Washington’s blowout of Kent State looks better after Kent State challenged Oklahoma for two and a half quarters last week.

There is an emerging perception that Washington could actually be a lot better than preseason projections suggested. That hypothesis will be tested here. One should be skeptical until Washington proves as much. Michigan State looks physical, rugged and tough, and it will be a tough out against the Huskies.