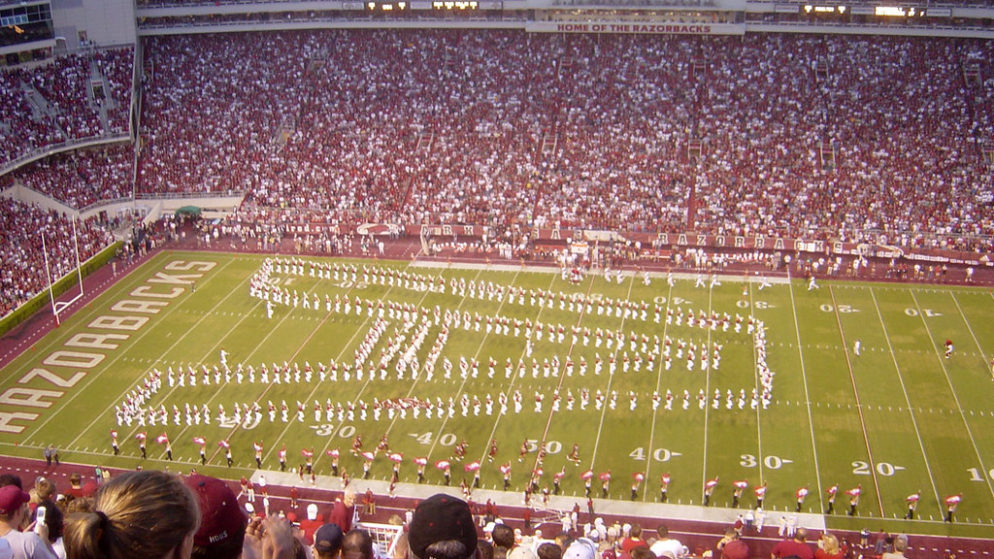 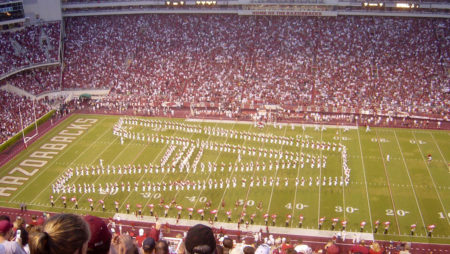 Will the Arkansas Razorbacks be a contender in the SEC West again?

Arkansas was a total mess two years ago, but head coach Sam Pittman has dramatically remade the program. He quickly turned it into a competitor in the SEC West. The Hogs won a New Year’s Day bowl game against Penn State and continued to build on the transformation project Pittman started when he took over the team.

Now Arkansas will try to take the next step: winning 10 games in the regular season, something it wasn’t able to do last year. This will be a real challenge in the SEC West, but Arkansas is starting the season in the top 25 and has reason to feel confident.

The Razorbacks added Oklahoma transfer receiver Jadon Haselwood. The acquisition is valuable in and of itself, picking up a new piece for the 2022 offense. However, this is extra important since Haselwood will be able to reduce the sting of losing receiver Treylon Burks, who was a top-20 NFL draft pick.

Arkansas lost a few other important players: defensive tackle John Ridgeway went to the NFL draft, and cornerback Montaric Brown made the same journey along with tight end Nick Muse.

On the recruiting trail, Arkansas gained some new depth pieces for its roster. E’Marion Harris is a defensive lineman who will be expected to contribute – not as a starter, but certainly as a backup. He will need to collect snaps during physically punishing games against elite SEC opponents. The best teams, in the SEC and otherwise, are able to rotate bodies in and out of the lineup so that the starters don’t get exhausted. That’s the value of Harris for the 2022 team.

Arkansas will also get a significant new piece on offense. The Hogs were balanced last year, but not necessarily lethal. There’s a difference between the two. Isaiah Sategna is a wide receiver who gives the passing game a lot more upside.

He is expected to contribute to the wide receiver unit in his freshman season. He is not on the roster to sit and wait his turn. Some freshmen are part of a slow growth curve and are not expected to play right away. Sategna will be a core part of the passing game this season.

Arkansas Will Be Successful If…

The passing game takes off. Pittman prides himself on teaching rugged, physical line play. However, the Arkansas running game will be even better if the passing game works. Defenses will have to sag off the line of scrimmage and not stuff the tackle box.

Arkansas will become a more complete team with a dimension it has largely missed in its offense. Passing game plays have provided an occasional boost to this team in recent years. The goal is to offer consistent, every-game boosts in 2022.

Arkansas Will Disappoint If…

The team’s rushing defense doesn’t get tougher. A few opponents, notably Georgia, were able to physically overwhelm Arkansas. Competing at the top tier of the SEC requires a defensive front which can dominate games, not merely play opponents to a draw. If Arkansas doesn’t improve by a few notches up front, the Hogs will continue to linger in the third or fourth-place positions in the SEC West and not climb the ladder the way they hope to.

The One Best Arkansas Razorbacks Bet Is…

Both teams are in the top 25, but Cincinnati lost nine players to the NFL draft. They also lost others who were undrafted free agents. Arkansas should be able to capitalize on the fact that Cincinnati will be throwing a lot of new players into the fire.

Pick: Arkansas -7 vs Cincinnati in Week 1