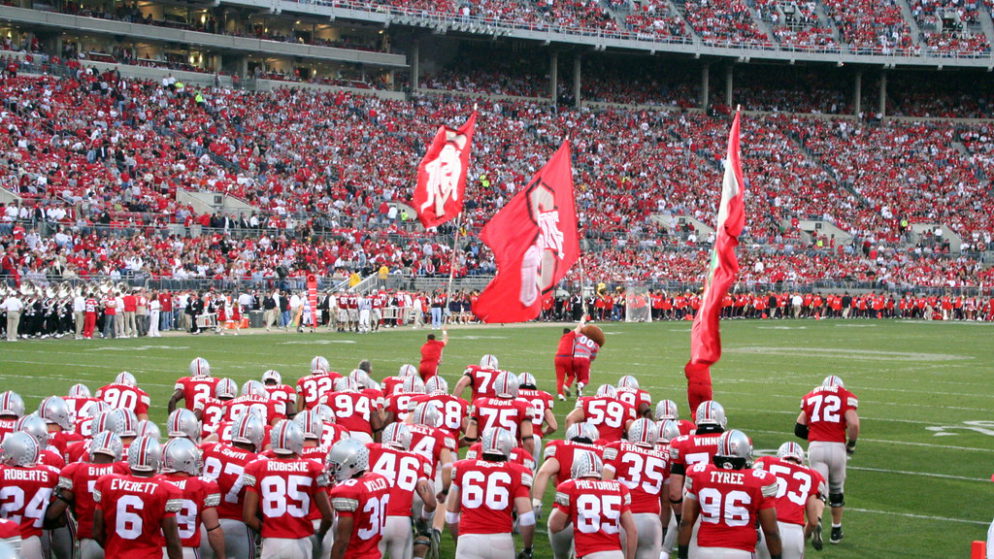 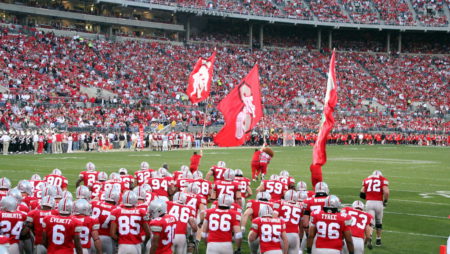 Are the Ohio State Buckeyes really the second-best team in the country?

The Ohio State Buckeyes hadn’t lost to Michigan in a decade, but they lost last year to the Wolverines. They didn’t win their division in the Big Ten for the first time since 2016. They didn’t make the College Football Playoff. This is not the standard expected of Ohio State. Head coach Ryan Day needs to make sure the 2021 season doesn’t become a normal year for the Buckeyes. He needs to beat Michigan, win the division, win the Big Ten, and make the College Football Playoff.

The big question: Have the Buckeyes made the adjustments needed to put themselves in position to succeed?

The Buckeyes lost elite receivers Chris Olave and Garrett Wilson to the NFL, but with Jaxson Smith-Njigba coming back, the Buckeyes should be just fine at wide receiver. Smith-Njigba set a Rose Bowl record with 347 receiving yards in the win over Utah on New Year’s Day.

The really big change which should make Ohio State a much better team is the exit of Kerry Coombs as defensive coordinator, and the entrance of Jim Knowles as his replacement. Knowles did a terrific job last year as Oklahoma State’s defensive coordinator. Knowles led the Cowboys within an eyelash of the Big 12 championship and a possible College Football Playoff berth. Oklahoma State played great defense against Baylor in the Big 12 Championship Game but lost only because the offense had a nightmare game. Ohio State’s defense suffered last year. Knowles is widely expected to fix the problems the Buckeyes endured on that side of the ball. Notably, cornerback Tanner McCalister transferred from Oklahoma State precisely to join Knowles with the Buckeyes. This move is going to have so much value for Ohio State.

Ohio State Will Be Successful If…

The defense makes expected improvements. Ohio State got physically dominated by Michigan. The 2021 Buckeye defense was soft and weak. Jim Knowles should instill toughness in the defense, but he should also provide a better scheme and structure. He should be able to make the adjustments needed to make Ohio State’s defense a team strength, not a liability. Getting well-rounded improvements from the defense will make this team significantly better than 2021.

Ohio State Will Disappoint If…

The offensive line isn’t tougher. The Ohio State offensive line did not put quarterback C.J. Stroud and his receivers in the best possible position to succeed against Michigan. The Wolverines had a strong defensive line and a solid pass rush which severely limited the capacity of the Ohio State offense. The O-line needs to be a lot more nasty and physically imposing this season. If it isn’t, Michigan will have a legitimate chance of beating the Buckeyes again and preventing Ohio State from achieving all its major goals for 2022.

The One Best Ohio State Buckeyes Bet Is…

This is a showcase game. Ohio State is widely viewed as the No. 2 team in the country behind Alabama. The Buckeyes are favored to make the national championship game. However, giving 15.5 points to Notre Dame is a lot of points, especially in a first game of the season. Ohio State probably will win the game outright, but by 10 points, maybe seven. That’s simply too large a spread.

Pick: Ohio State to lose against the spread vs Notre Dame in Week 1