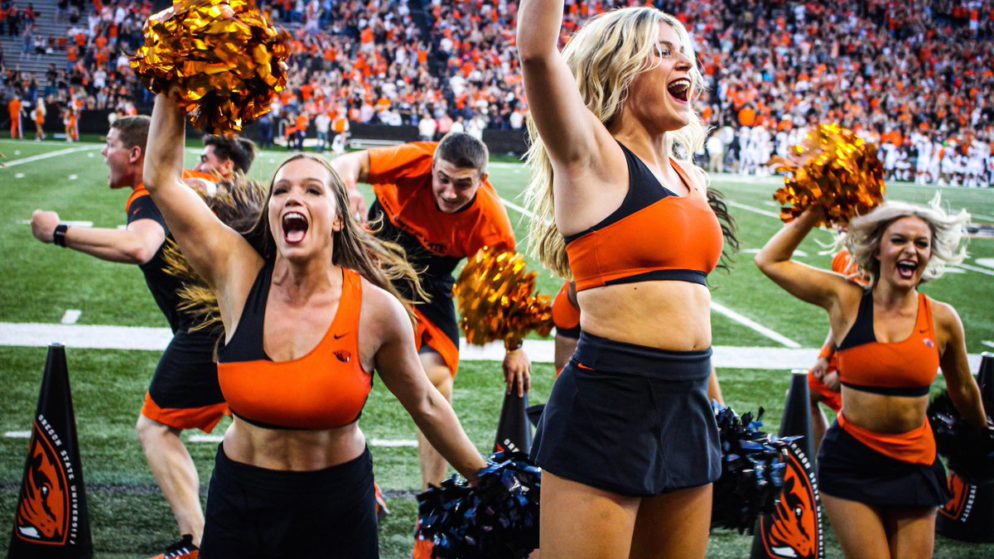 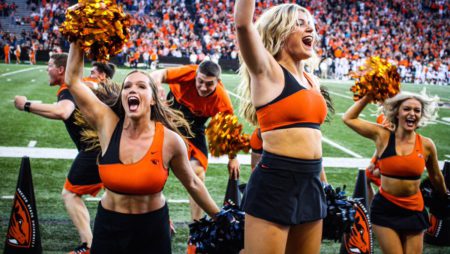 Can the Beavers be competitive in the Pac 12 for a second straight season?

The Oregon State Beavers made a good run at the Pac-12 championship last year, but they fell short when they lost to rival Oregon late in the season. The Beavers were good enough to score big wins at home, but they were weak enough to suffer some bad losses on the road.

Can Oregon State develop more toughness and potency so that it can win the games that slipped away last year? Coach Jonathan Smith hopes he can take his foundation and build on it in 2022.

Linebacker Avery Roberts and running back B.J. Baylor are gone. Transfer Jamious Griffin comes in from Georgia Tech to give Oregon State help at running back. It will be fascinating to see if new pieces on offense can deliver high-end results for Oregon State. The Beavers don’t recruit at the same level of USC, Oregon, and the other foremost programs in the conference.

What often helps OSU is that it has more continuity and connectedness than other teams in the Pac-12. The talent might not be five-star level, but players work well together and know their roles. They perform as a seamlessly integrated complete unit. With some pieces being shuffled around this past offseason, that pursuit of continuity will be more challenging than it was in 2021. It’s an obstacle this team will have to surmount if it wants to get where it needs to go in 2022.

Oregon State Will Be Successful If…

The passing game comes together. No one doubts the ability of Oregon State to run the ball. The Beavers have been consistently successful under Jonathan Smith in carving out a physical identity on offense and being able to grind out tough yards on the ground, winning battles on third and short or fourth and short. Where this offense lacks a well-rounded set of weaponry is in the passing game.

The Beavers don’t generally attack down the field with success. They don’t have elite wide receivers. Teams with a good running game need to parlay that attribute into big downfield shots for quick-strike touchdowns. Being able to get a lot of opposing linebackers into the tackle box, expecting the run, sets up the play-action home-run pass over the top. Oregon State doesn’t do this as well as it could or should. If the Beavers can improve and evolve in this aspect of football, they can have a big 2022 season.

Oregon State Will Disappoint If…

The linebackers get shredded. Avery Roberts was one of the best tacklers in the Pac-12. His departure leaves behind a gaping hole. Oregon State will find it hard to replace Roberts, but Smith and the rest of the coaching staff need to find answers over the course of the season. Failure in developing linebackers will lead to a lot of awful defensive performances.

The One Best Oregon State Beavers Bet Is…

It is likely that Oregon State will have a challenging game against Boise State, but Boise State was not very good last season. The Beavers should be able to outlast the Broncos and start the season off on the right note.

Pick:  Oregon State to win vs. Boise State in Week 1